Meet the Money Behind the Liberal New Media Machine 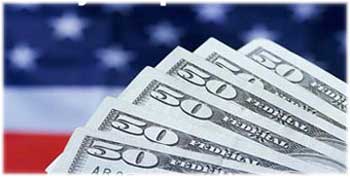 Have you ever considered who's financing the various new media outlets spreading extreme-liberal viewpoints around the country?

Most people think the biggest source is George Soros. However, there are others that are not necessarily household names, but are having a huge influence on the state of journalism today and in the future.

More importantly, they're on a mission to redefine the political landscape in ways you might not have imagined.

As reported by NewsBusters Matt Sheffield and Noel Sheppard in the September issue of the Capital Research Center's "Foundation Watch":

The left's inability to articulate a national message has frustrated its theorists and donors for many years but especially following the 2000 and 2004 presidential election losses. Despite massively increasing the size of its fi nancial pool, the left was not able to secure the White House for candidates Al Gore and John Kerry. After Kerry conceded in 2004, liberal frustration led to the creation of a fake map that mocked right-of-center America, deriding those parts of the nation that voted for President George W. Bush as "Jesusland." [...]

The financiers of the left were forced to reexamine their assumptions. Big donors such as George Soros, his friend Progressive Insurance chairman Peter B. Lewis, the savings and loan tycoons Herbert and Marion Sandler and other prominent fi gures, especially in Silicon Valley and Hollywood, faced up to their electoral defeats and reached a startling conclusion: Funding partisan politics may not be the best way to enact a political agenda.

The money men realized that while elections are important, they are only steps in a much longer process. Something more fundamental would have to occur before liberal candidates like Gore and Kerry could convince the public that their ideas were best for America. Americans would fi rst have to grow accustomed to left-wing political messages-and that would require a more radical transformation of the media, one requiring massive capital investments in institutions that would create a media environment hospitable to far left ideas.