In Tuesday night's episode of ABC's Nightline, host Cynthia McFadden introduced a story about a "normal" community of polygamist families that live in Centennial Park, Arizona. She also went on to plug for the new National Geographic show Polygamy, USA:

To some, having more than one wife might sound like heaven on earth. But just imagine the communication skills required the potential for jealousy. And all those family logistics well they might just seem overwhelming. No one knows exactly how many polygamous live in this country. Most live in secret. There's been a lot of news about the followers of Warren Jeffs and alleged forced marriages of underage girls. But tonight we meet a community with a twist the women choose their husbands, not the other way around. 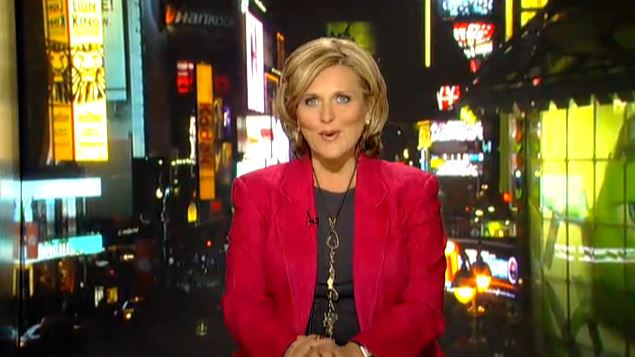 What is most disturbing about this report was the portrayal of polygamy as just a normal way of life and the implications such a view has. The story was reported by ABC News correspondent Cecilia Vega who claimed that "the residents of Centennial Park say they want to show just how average, how normal their lives are," and that the idea of polygamy is "a fundamentalist version of a modern family."

The coverage goes on to cover the story of two particular families in the community, the Cawleys and the Thompsons. The Cawleys are a family of 22. There is Michael, the head of the household, who has 3 wives and 18 children. The Thompson family is a bit smaller since they have only two wives and three children. However, they are looking to expand and are hoping that another woman will choose to join their family as wife number three.

This community and others like it are striving to make polygamist practices, which are outlawed in every state, not only legal but a commonly accepted practice. Vega commented that "they are tired of living in secret and, by demonstrating plural marriage the way they say it should be, [they] hope they can inspire tolerance."

Connie Cawley, who is the third wife in her family, calls these beliefs their "version of life, liberty and the pursuit of happiness," and thinks they should have the right to practice them since everyone else in the United States is entitled to that.

Her husband Michael is quoted in saying: "We would like to start having the debate nationally about the decriminalization of polygamy. I don't see that there's any reason to have this lifestyle be a crime. It's a religion. It's not a crime."

However, as a recent poll conducted by National Geographic shows, more than 80% of the country does not agree with Michael, as they believe that polygamy should not be legal.

With the growing media push for so-called "marriage equality" in news reporting and the promotion of entertainment programing like ABC's Modern Family, what is to say where the "progress" will stop? If marriage is redefined once, it is completely logical that its definition could continue to evolve over time to allow things like polygamy. Who is to say that people cannot love multiple spouses if some are allowed to marry people of the same sex?

It is clear that the liberal media will not stop their crusade for marriage equality with homosexuals, as they have already started to progress beyond it. Therefore, marriage needs to stay defined the way it is, as between a man and a woman, to prevent this inevitable progression of relative thinking.