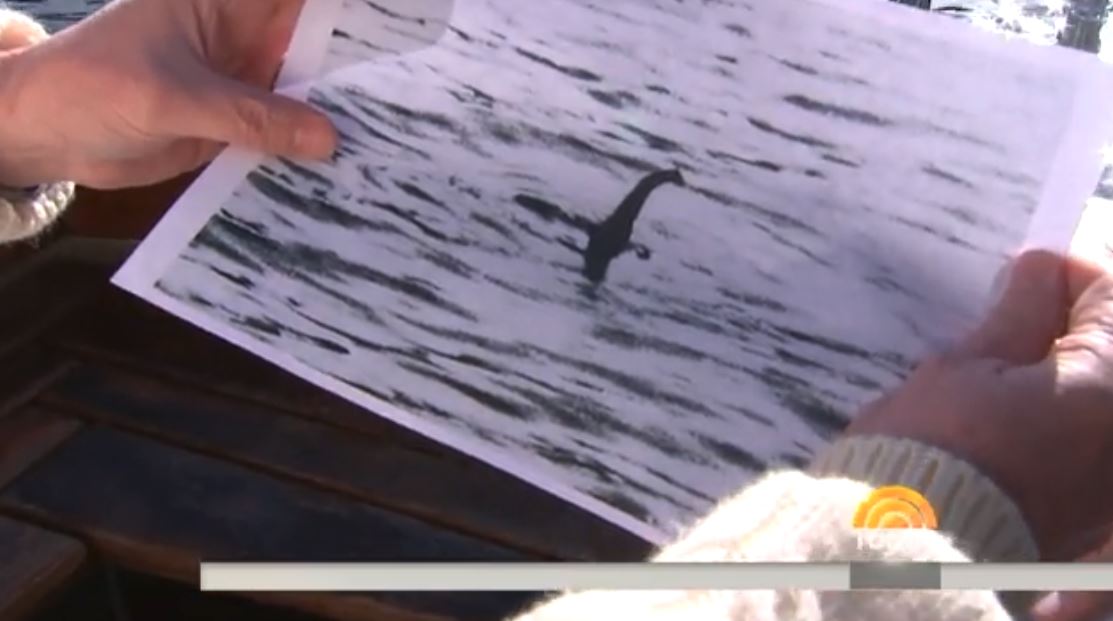 The broadcast network morning and evening shows have so far failed to provide even a single second of coverage to an October 17 report from The Hill which revealed new details in the Clinton/Russia/Uranium scandal, including how the FBI had been investigating a Russian bribery plot months before the Obama administration approved a controversial uranium deal. In fact, the only broadcast coverage has been a paltry 69 seconds of discussion on CBS's Face the Nation on October 22.

The networks' blackout is all the more striking given the airtime those shows have already devoted this year to wacky conspiracy theories and urban legends, including the disappearance of Amelia Earhart, the Loch Ness monster, alien abductions, ghosts and even "lizard people."

On March 14, for example, NBC’s Today 4 minute, 11 seconds looking for the Loch Ness monster in Scotland. In August, both ABC and CBS sent reporters to a small Kentucky town to look into decades-old tales of alien abduction.

And in August, ABC News correspondent Nick Watt reported on Good Morning America that some South Carolinians were on the lookout for “lizard people” during 2017’s total solar eclipse.

Details on the various legends and myths that the network “news” departments found more compelling than an actual Democratic scandal:

Amelia Earhart Captured By the Japanese?

CBS, and especially NBC, fairly drooled over a History Channel documentary claiming to have found evidence that Amelia Earhart was captured by the Japanese and held prisoner for years. The theory hinged on a fuzzy photograph of a woman with short hair facing away from the camera who bore a striking resemblance to America’s favorite aviator. But, within a week of when the networks first reported on it, the theory had been debunked. The same photo had been published in a Japanese book years before Earhart’s historic flight. NBC grudgingly ran a follow-up report admitting the inaccuracies.

While in Scotland to promote an NBC Universal contest, NBC correspondent Keir Simmons took some time to travel to Loch Ness and look for the fabled sea monster hiding beneath the murky water. Simmons never found Nessie, but he did manage to talk to skeptics and enthusiasts alike, and probe the dark bottom of the lake with radar. 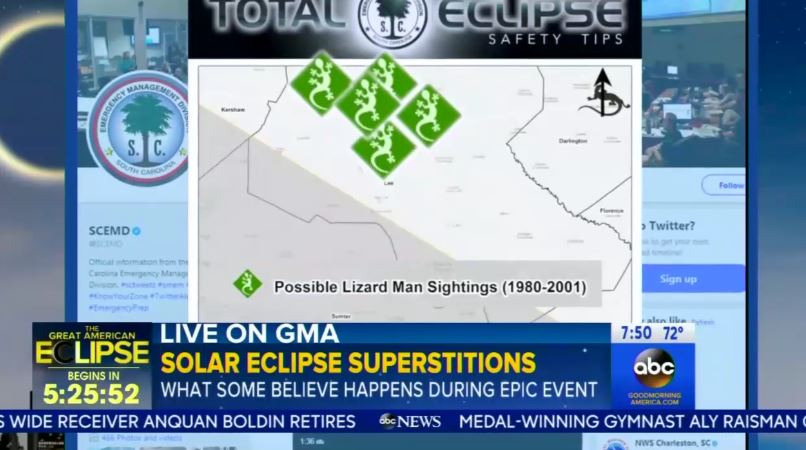 A town in Kentucky happened to be directly in the path of the 2017 total solar eclipse. It also happened to be a place famous for an alleged alien abduction. Coincidence? That residents weren’t sure. Both networks interviewed locals who were nervous about whether the other-worldly visitors would somehow use the eclipse as an opportunity to return.

During his eclipse coverage, ABC correspondent Watt also told viewers about “lizard people,” telling the Good Morning America audience “I’m going to be looking for lizard-green men. Apparently in South Carolina we’ve been warned that they might appear.” A map of “Possible Lizard Man Sightings (1980-2001)” popped up on the screen, via the South Carolina Emergency Management division Twitter account, with the heading “Total Eclipse Safety Tips”

On October 11, Today co-host Carson Daly played a short video that seemed to show ghostly hijinks in a school in County Cork, Ireland. And back on February 28, Today co-host Matt Lauer recounted a tale from 127-years-ago, when a journalist murdered Congressman William Preston Taulbee on a staircase inside the U.S. Capitol. According to legend, Taulbee haunts the spot to this day. Matt Lauer’s report failed to mention whether or not his ghost warns passersby to be wary of the media.