This tweet has since been deleted, but not before it could be screen captured for posterity. 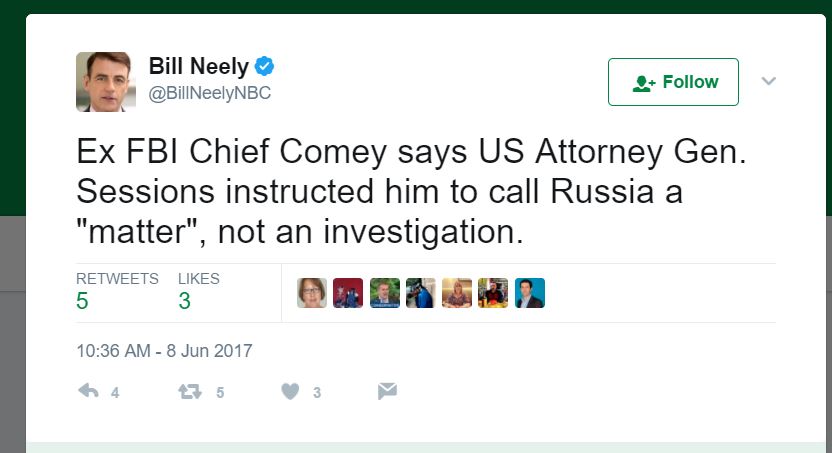 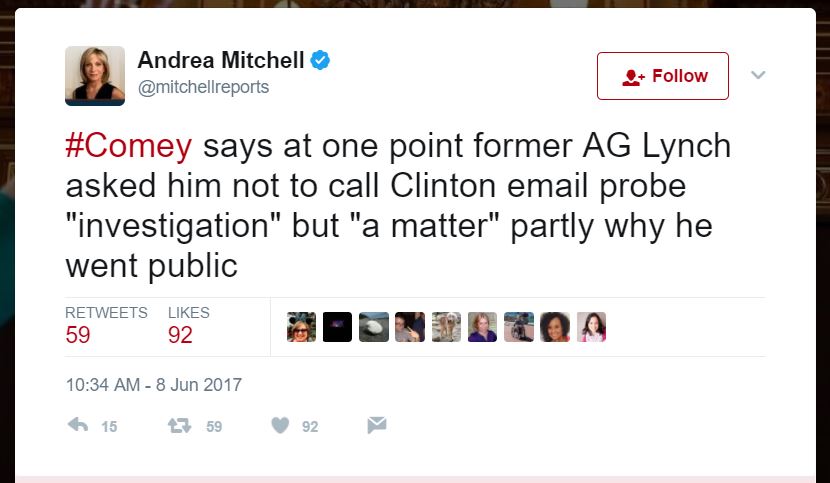 Comey's actual statement: "Probably the only other consideration I guess I can talk about in an open setting is at one point the Attorney General had directed me not to call it an investigation, but instead to call it a matter, which confused me and concerned me. But that was one of the bricks in the load that led me to conclude, I have to step away from the department if we're to close this case credibly."

While the statement itself doesn't specify which attorney general Comey was referring to, the discussion immediately before this statement focused on the Hillary Clinton email scandal, and on Loretta Lynch meeting with Bill Clinton on the tarmac. Seconds before, Comey had called Lynch meeting with Bill Clinton "the thing that capped it for me, that I had to do something separately, to protect the credibility of the investigation."