Media Hype Trump’s Low Approval Numbers, Hide Their Own Much Lower Ones 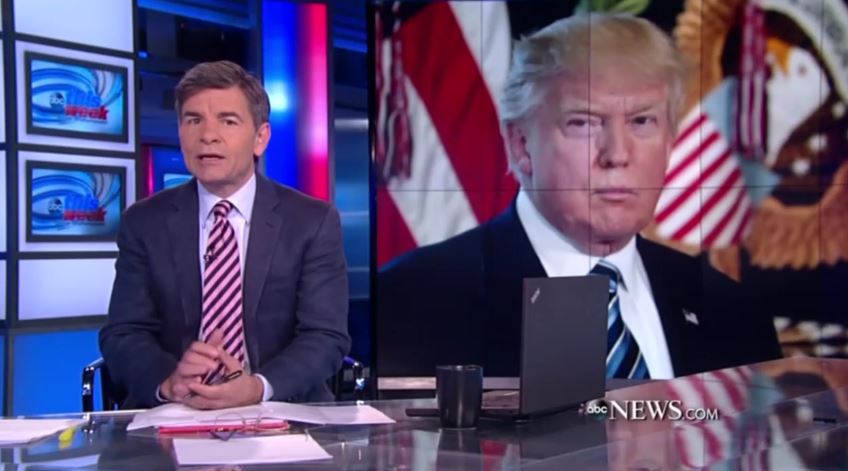 Liberal reporters have been eager to report on President Trump’s low approval numbers, but they’ve mostly ignored their own, significantly lower approval ratings.

According to Gallup in September of 2016, “Americans’ trust and confidence in the mass media ‘to report the news fully, accurately and fairly’ has dropped to its lowest level in Gallup polling history, with 32% saying they have a great deal or fair amount of trust in the media.”

This survey puts the media’s approval rating a full ten points under the one they mocked Trump for having.  This number is down from 2015, when the media had a 40 percent approval rating – still lower than the 42 percent that Trump has now.

This isn’t surprising. According to a MRC/YouGov poll from November of 2016, 78 percent of voters believe that the news coverage of the presidential campaign was biased, with 59 percent believing that this biased skewed in favor of Hillary Clinton.

Yet, despite his network never once mentioning the Gallup poll showing the nation’s distrust in the media, on ABC’s This Week on April 23, George Stephanopoulos described the “striking results” from the ABC News/Washington Post poll on the President’s approval ratings, saying “it finds Trump in a pretty deep hole.”

On the April 2 Meet the Press, Chuck Todd claimed that President Trump’s numbers were “robbing him of leverage that you would want to have just by popularity.”

However, Todd’s own network, NBC, only mentioned the media’s historically low poll numbers once, and certainly never implied that journalists had been robbed of “leverage.” On NBC Nightly News on December 10, 2016, correspondent Jacob Soboroff noted that, "Gallup said Americans` trust in mainstream media sources is at an all-time low.” Then he launched into a profile of legitimately fake news creators, claiming that “distrust in the media has emboldened fake news.”

Former George W. Bush Press Secretary Ari Fleischer was responsible for the only other mention ever on any NBC News show, and the only mention on CBS News. And both times that Fleischer brought up the poll, once on CBS This Morning on January 23 and once on NBC Today on January 1, the network on-air personalities ignored Fleischer’s point.

While the media were quick to blame Trump’s numbers on his own performance, their own low numbers were somehow also his fault. On October 23, 2016, CNN Reliable Sources host Brian Stelter planted the blame for his industry’s shortcomings squarely on the President. “Donald Trump has been waging two wars at the same time: a campaign against Hillary Clinton, and a campaign against what he calls the dishonest, crooked media. And his attacks are sort of working. A recent Gallup poll shows Americans’ trust in the media at historic lows....For journalists, this is incredibly alarming. Politicians have been railing against the media, running against the media for decades, but Trump's assault is unique. He’s been undermining the press, really completely.” A few days earlier, Stelter called the same poll “the most depressing poll I saw this week.”