The President They Want: CNN & MSNBC Give Heavy Coverage to Obama Event 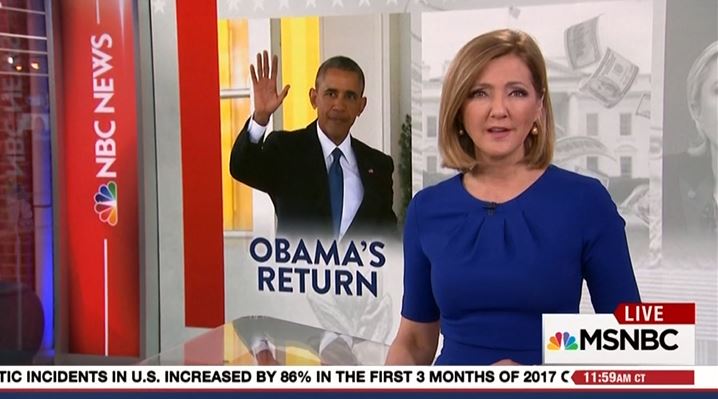 After 95 days of unremittingly hostile coverage of President Donald Trump, the two liberal cable news networks indulged themselves on Monday by offering an incredible hour of uncritical live coverage to a not-very-newsworthy event by former President Barack Obama in Chicago. While Fox News showed only 7 minutes and 20 seconds of Obama’s talk, CNN and MSNBC broadcast the speech and question-and-answer segment following it for a full 52 minutes, 12 seconds and 58 minutes, 46 seconds, respectively.

During commentary after the speech on MSNBC Live with Craig Melvin, fill-in host Chris Jansing marveled over the former president’s presentation. “I don’t want to read into it too much Josh, and we’re almost out of time, but, gray hair notwithstanding, and he loves to joke about how much gray hair he has, he seems pretty laid back. I mean, he was like back in his chair and listening. And I think the time he spent in, where was it, in Tahiti, may have served him, served him well on the relaxation scale?”

Former Obama press secretary turned MSNBC political analyst Josh Earnest agreed, “yeah, a few weeks on a tropical island will bring you back rested and tanned and not too interested in wearing a tie, which I also noticed as well. I wish I’d have gotten that memo today!” 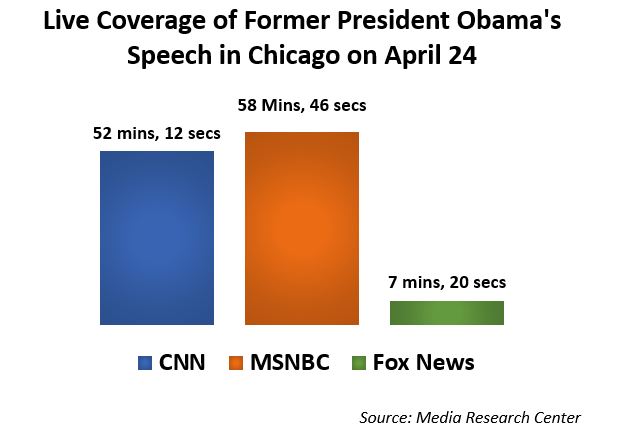