Showtime's 'Homeland' Tries to Repent For Its Sin of 'Islamophobia'

In case you were wondering why “Homeland” season six seems completely different from the previous five seasons, read on.

In a panel discussion at NeueHouse in Hollywood after the show’s official Television Academy Emmy screening, “Homeland” actors and creators commented on the reasons why season six has taken a different turn and tune, mainly due to “fake news,” the election, and trying to right the self-perceived “wrongs” of what they felt was the promotion of Islamophobia in the first five seasons.

As a way to try and combat that criticism, season six was created as a way to stop being “part of the problem” and be “part of the cure.” Actor Mandy Patinkin told NPR he believes they were successful in doing so, mainly because season six seemed to focus on the bad guy being portrayed as the “white male membership” of the U.S. intelligence community and government. Patinkin continued that theme at Neuehouse: 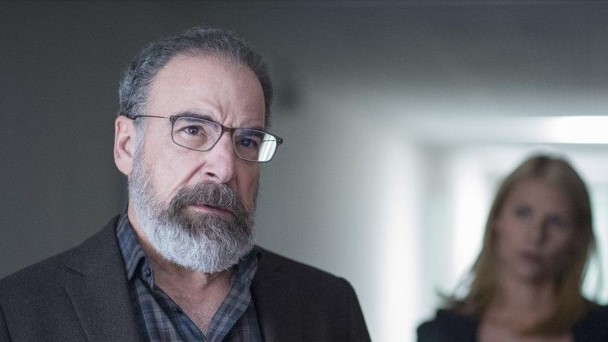 In my opinion, the two central characters of this season are ‘Fake News’ and ‘Truth’…And it’s happened for a sad reason, because it needs to spoken about relentlessly until this idea of creating falsehoods and the effect that it has on human beings all over this world, not just famous human beings who make it into the news, but refugees who are sitting in foreign countries being told they can’t come here because it’s not safe when it can be safe, when it is safe.

This is playing semantic games, like the liberal media. The Tsarnaev brothers who bombed the Boston Marathon weren't "refugees," but they were "granted political asylum." One of the San Bernardino killers came in on a fiancee visa. And is it really comforting to assert that nobody died when a Somalian refugee terrorized the Ohio State campus last November?

Homeland’s showrunner Alexa Gansa has also discussed the show’s dedication to “sticking to the facts” and not the so-called “fake news” of today:

One of the things that we learned was that, according to our intelligence experts, there are no coordinated ISIS or al-Qaida cells in the United States like there are in Europe…we have these lone actors, yes we have these people who self-radicalize, but there are no terror cells here. So when we sat down to talk about this season, we didn’t want to dramatize any threat to the United States that doesn’t actually exist. We didn’t want to pile on. If you listen to Hillary [Clinton] talk, if you listen to Donald Trump talk during the election, there’s this sense that ISIS is this existential threat to the United States, but everything we have heard from people we have come to trust in the intelligence community tells us that actually isn’t true.

ISIS was an existential threat if you were in the nightclub in Orlando. No one's claiming based on real events that ISIS is going to destroy America in its entirety. But it's the government's job to defend its citizens from terrorists.

In Hollywood, it makes more sense to focus on hypothetical events and who to blame, rather than focus on actual events of terrorists who have been going around using trucks as weapons to kill innocent people in large crowds.  All one has to do is look in the countries of Germany, England, France, and most recently Sweden for such attacks.

Gansa even talked about the presidential election and how it played into the script:

One of the privileges of doing this show is that at some point in the season we are writing scripts contemporaneously with real events happening, and that happened this season around episode five or six when the election happened…We realized we were going to have to adjust and change the narrative a little bit, and the first thing we wanted to impress was that there was something going on — that our election was influenced by another force and by fake news, which struck us as a very ripe topic to write the story around.

What’s sad is Homeland dealt with real-life issues such as radical Islam, terrorism and even mental illness, but by succumbing to political correctness, it has ruined what was once a great show an instead has become a first-class sellout.