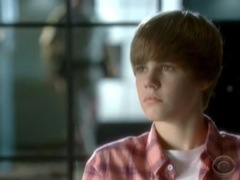 A terrorist group bombs a police funeral? It must be some "patriots" upset about health care reform and our black president, or something.

That, at least, is what some viewers took away from the season premiere of CBS's hit show "CSI". The episode starred teen pop star Justin Bieber as "a domestic terrorist with Tea Party leanings," in the words of the New York Times, implicated in the bombing of a Las Vegas police officer's funeral.

In the show, a cell phone used to trigger the bomb is traced back to a group of "patriots" - those government-hating extremists the Southern Poverty Law Center keeps warning us are on the verge of waging violent revolution - that are, according to some viewers (including the Times, apparently), crude portrayals of Tea Party protesters.

CSI would not be the first detective drama to hint at Tea Party terrorism. "Law & Order", which recently ended after 20 years of attacking conservatives, specifically singled out Tea Party protesters as domestic terrorists in one episode.

Was CBS in fact taking a jab at the Tea Party in this instance? It's important to mention that the name of the movement was never mentioned in the episode.

Take a look at this clip from today's "America Live" (via Mediaite) and give us your thoughts in the comments.

If this episode was in fact intended to smear the Tea Party movement, one wonders whether Bieber should be more careful about alienating fans - or, more likely, their parents (you know, the ones who actually buy all those concert tickets).