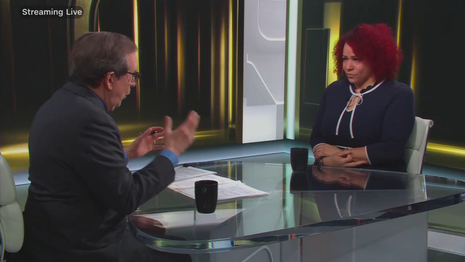 Kruta explained how “the conversation took a turn when Wallace brought up some of the claims Hannah-Jones made in ‘The 1619 Project’ — particularly her assertion that the Greatest Generation had suppressed democracy for African Americans in the United States even as they had gone into battle during World War II to defend democratic ideals.” He pointedly asked: “Again, I am in no way minimizing our terrible racial legacy. But in some of these things, aren’t you overstating?” Hannah-Jones predictably doubled-down on her race-baiting assertions.

Read the full article at The Daily Wire.