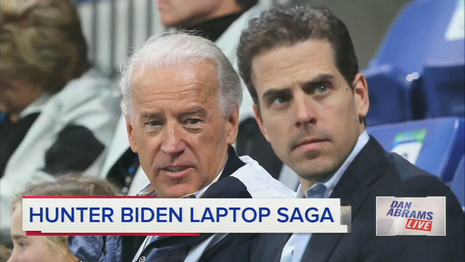 On Thursday, CNSNews Blog Editor Craig Bannister reported on new polling showing American voters think Hunter Biden’s laptop scandal is important news: “The closer U.S. voters follow the news of First Son Hunter Biden’s laptop scandal, the more likely they are to believe it’s an important story that President Joe Biden knew about and may have profited from – and that it would’ve costed him the 2020 election if media had covered it fully, a new Rasmussen survey reveals.”

“According to the survey of 1,000 U.S. likely voters, conducted March 21-22, two-thirds (66%) called the story either very important (48%) or somewhat important (18%),” Bannister explained. He then cited the poll question: “The New York Times has recently admitted that emails about Hunter Biden’s business dealings in foreign countries found on a laptop computer the president’s son abandoned in a Delaware computer repair shop were authentic. How important is the story about Hunter Biden’s laptop?”