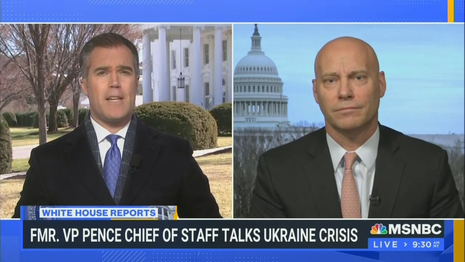 The defense of the Biden administration came when “Alexander was speaking with former chief of staff for former Vice President Mike Pence, Marc Short,” Parks noted, and the reporter “started arguing with him [Short] over solutions to our dependence on foreign energy, amid the Ukraine-Russia war.” Alexander huffed: “But Marc, you know about the Keystone Pipeline it was only 8% completed when Joe Biden canceled it. So it’s not like that would’ve changed anything.”