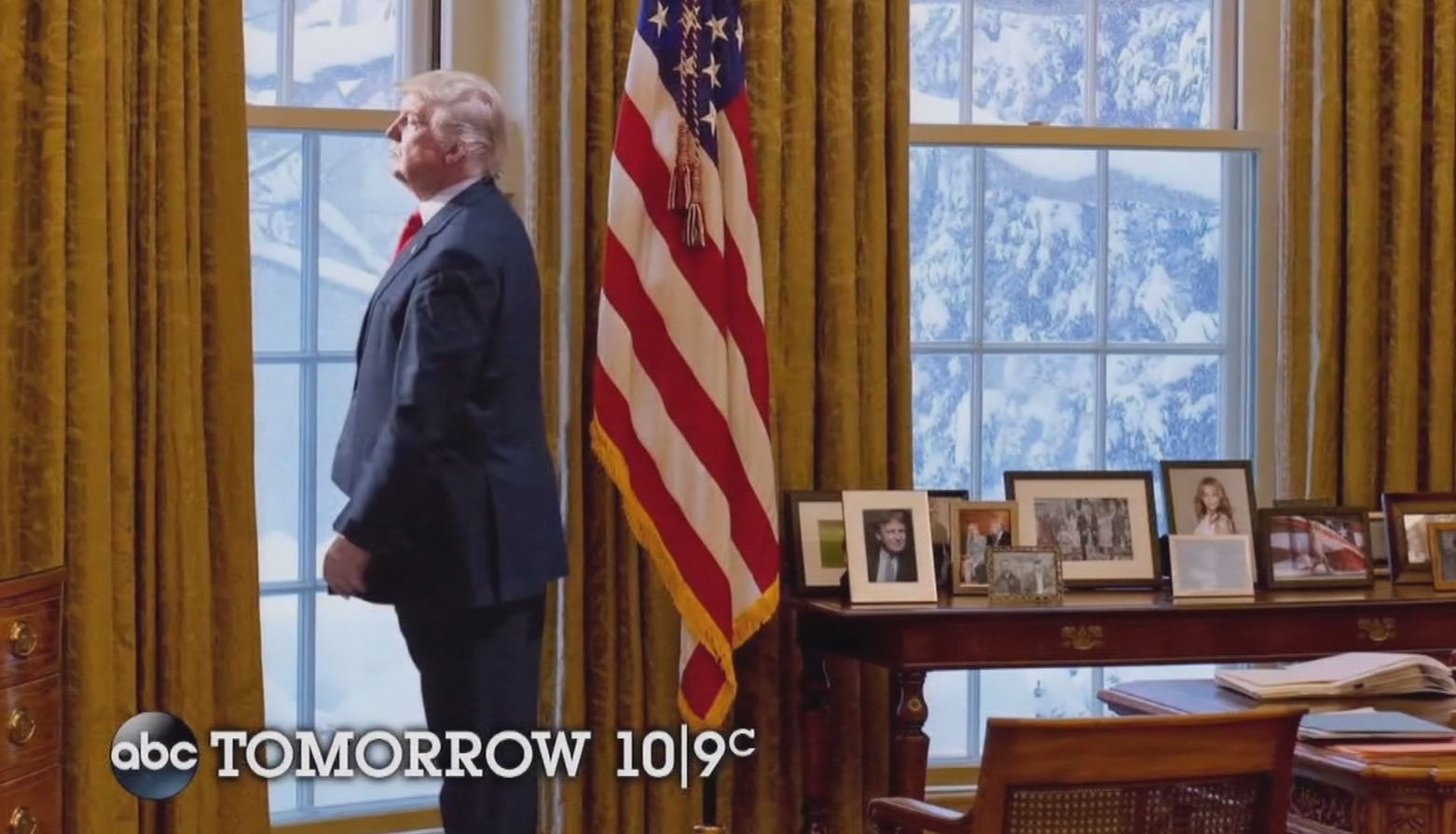 The picture showed Trump looking out the window of the Oval Office in a pretty standard pose, however, outside that window there appeared to be a massive blizzard (Click on the image above to enlarge). The only problem? It hasn’t snowed in Washington D.C. in weeks and certainly no storm that intense has hit the area so far this winter. In fact, the weather on Wednesday was unseasonably warm – sunny and 60 degrees.

An ABC spokesperson told TVNewser: “When the marketing team created the promo, they included the wrong image by mistake. They updated it with a new photo as soon as they realized the error. We regret the mistake.