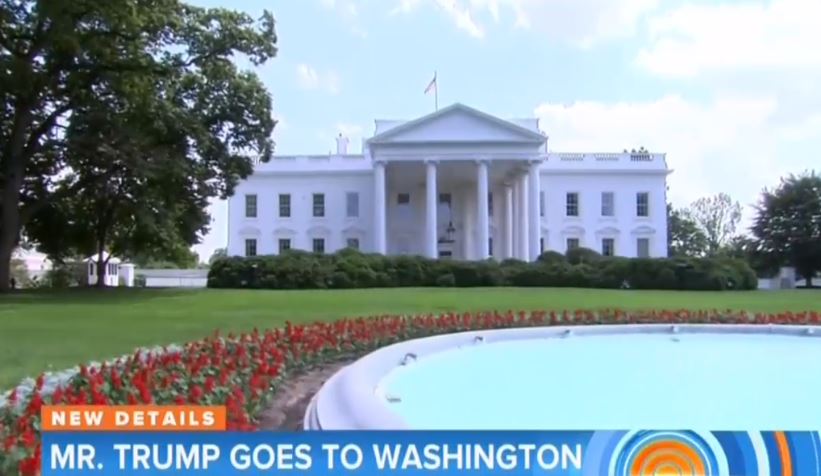 In an article for Sunday’s New York Times that bordered on parody, reporter Jason Horowitz touted concerns from Washington D.C. liberals that the incoming Trump administration would sap the nation’s capital of its culture: “What the effect on Washington will be when Donald J. Trump moves into the White House is hard to predict. But many Washingtonians fear the worst.”

No surprise, the leading critic was former Democratic D.C. mayor Vincent Gray, who warned: “I’m worried about people not wanting to come here because of the image they have of the Trump administration.” Horowitz added: “Mr. Gray said he worried that a Trump administration could set the city back because the federal government still controls its purse strings and could enact abortion restrictions, cut vital investment and relax gun control laws.”

Mr. Obama’s arrival in 2009 coincided with an urban renaissance. Economic development, federal and private investment, and an influx of highly educated young, gay and diverse professionals gentrified neighborhoods, leading to an explosion in restaurants, bars and cafes. And the Obama family — African-American, youthful, attractive and urbane — were archetypes of a modern city on the upswing....

By contrast, Mr. Trump seems unlikely to drop in at Oyamel, the Mexican restaurant and Obama favorite owned by José Andrés, a star chef and devoted Trump critic. For that matter, it is even unclear whether Mr. Trump, who has used his new Trump International Hotel as an outpost here, will spend weekends in the White House or in New York. And he is unlikely to feel a debt of gratitude to a city where Hillary Clinton won 93 percent of the vote.

Graphic designer Jazmine Johnson decried: “D.C. is going to take a really hard hit, culturally, socially, everything. We were really finding our footing...”

Others around town signed up for free tension-relieving sessions at yoga studios, or meditated on emails from their progressive rabbis reminding them of the Jewish mantra “Od lo avda tikvateinu,” or, “We have not yet lost our hope.” Reports abounded of federal workers and nonprofit employees crying at their desks, scanning the web for out-of-town rentals or accepting the free hugs on offer in Farragut Square.

He then reassured readers that “Liberal and environmental groups are determined to stay and fight,” noting that, “Debbie Sease, who heads lobbying for the Sierra Club...expects an invigorated resistance to come to Washington, bringing moral outrage as well as sophisticated palates.”