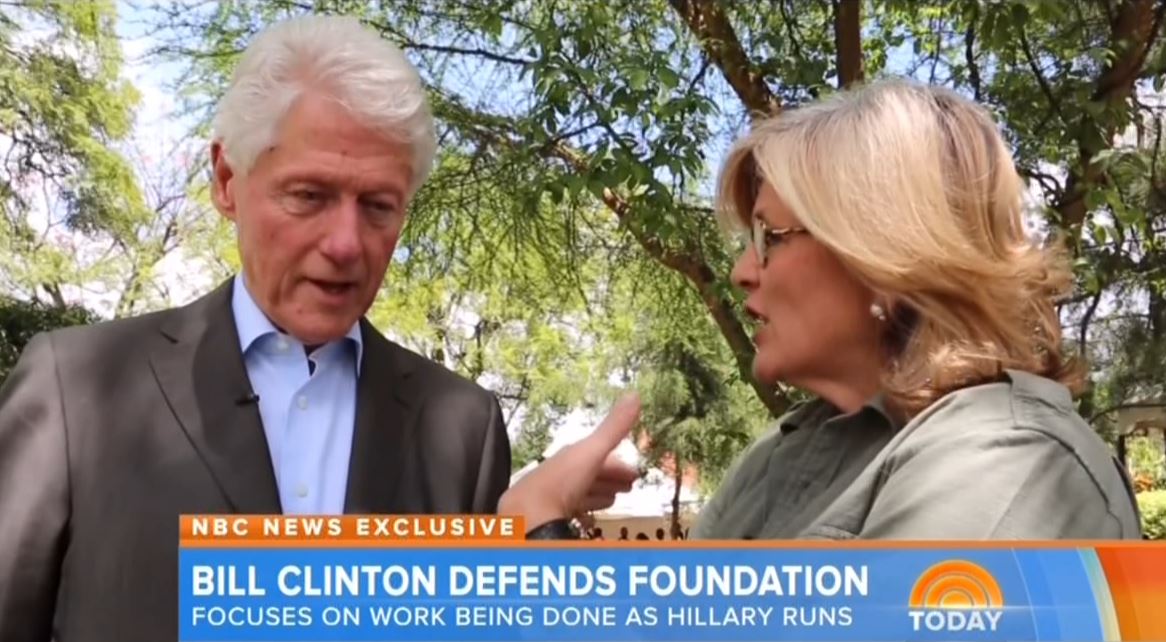 In one of the latest batches of Hillary Clinton campaign e-mails released by WikiLeaks on Monday, communications director Jennifer Palmieri can be seen complaining to fellow staffers about a supposedly “outrageous” interview NBC conducted with Bill Clinton about the Clinton Foundation in 2015. In reality, it was a friendly exchange that touted “heartwarming stories” about the organization’s charity work in Africa.

Palmieri began the e-mail by noting that “NBC agreed to do 70 percent of the piece on work of the Foundation and 30 percent about the book.” She then ranted that correspondent Cynthia McFadden “didn't ask one question about work of the Foundation. Not one.” Palmieri added: “I called Chuck Todd (as head of political unit) to let him know how outrageous and ludicrous this was and that our side of the house is watching to see how NBC handles this.”

During the interview with the former president, aired May 4, 2015, McFadden did ask about the controversy swirling around the Clinton Foundation, but soon changed the subject as she proclaimed: “Bill Clinton is making no apologies as he tours some of the African programs his foundation has raised billions to help fund....But even while the criticism at home rumbles, the heartwarming stories here in Africa are undeniable.”

Despite that gushing coverage, Palmieri suggested the campaign go on the attack against NBC:

Craig has gotten in touch with NY mag this am to do a story about how grossly the media has handled the story on book/foundation and make this experience with NBC part of that story.

Not only did NBC agree to make the story a puff piece about the foundation, but because it wasn’t fawning enough for team Clinton, the campaign was ready to intimidate the network into providing even more favorable coverage.