Amid Scandals and Crises, NBC Does Fawning Interview With 'Father-in-Chief' Obama

Despite Al Qaeda being on the rise in Syria and Iraq, numerous unanswered questions remaining about the Bowe Bergdahl prisoner exchange, and the ongoing VA scandal, NBC News decided to send former first daughter and Today show correspondent Jenna Bush Hager to the White House to conduct a softball interview with President Obama on fatherhood.

Today co-host Savannah Guthrie teased the pro-Obama fluff at the top of Thursday's broadcast: "Father-in-chief....In an exclusive interview with Jenna Bush Hager, President Obama gets personal about his own childhood without a father and what it's like to raise kids in the White House." [Listen to the audio or watch the video after the jump]

The morning show devoted over seven minutes of air time to the friendly sit-down during the 7:30 a.m. ET hour. That was followed by an over two-minute discussion of exchange at the top of the 9 a.m. ET hour.

Bush Hager introduced her chat with Obama by gushing: 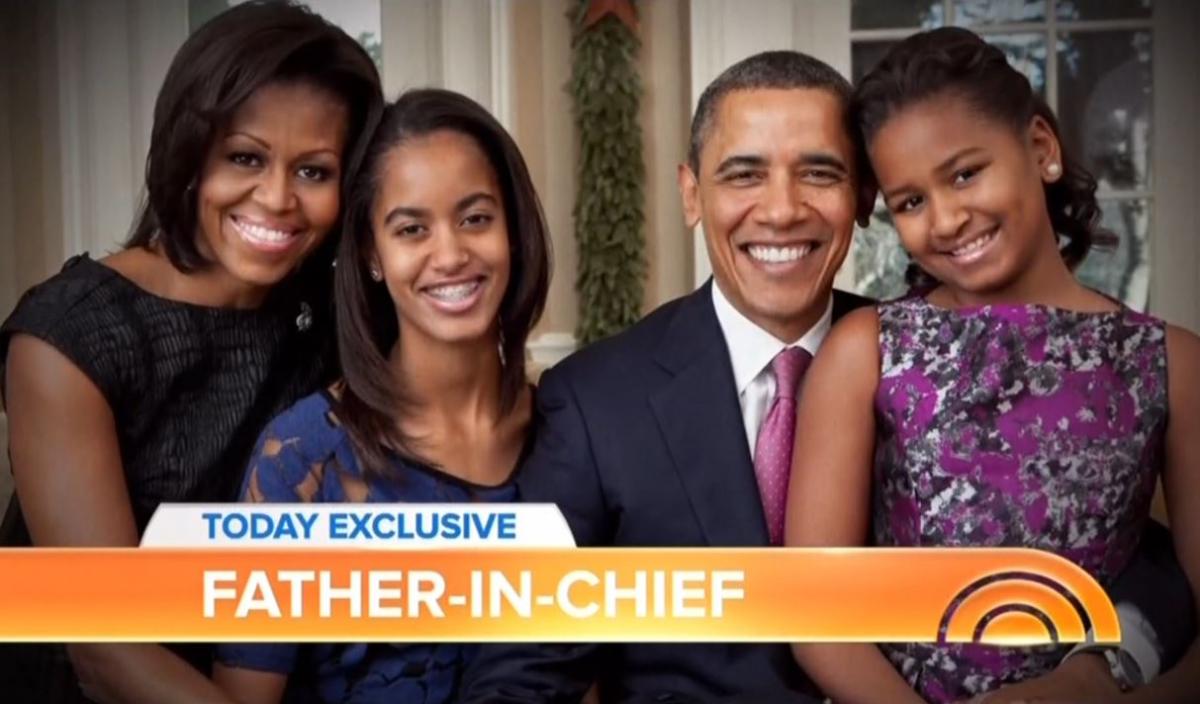 I sat down with President Obama to talk about the importance of dads, a subject he's extremely passionate about....His face lights up when he talks about his girls. President Obama is the proud father of 13-year-old Sasha and 15-year-old Malia his devotion is inspired by his own childhood. He was raised by his mom and his grandparents, his father was not part of his life. A void that has stayed with him.

Here is a sampling of some her questions: 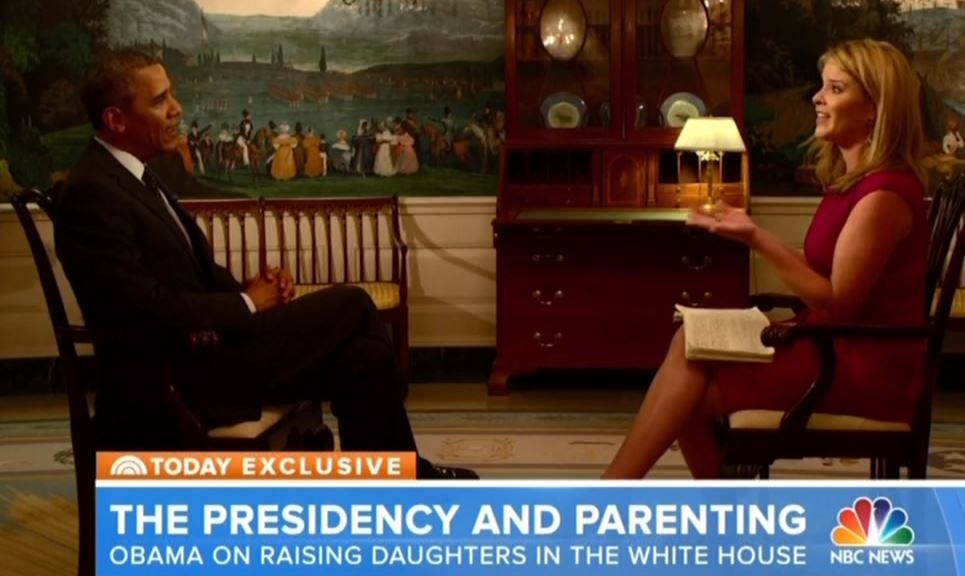 > You've talked about the cycle, but you've broken that cycle for your own family. You tweeted last Father's Day – I believe it was your first tweet – "I try every day for Michelle and my girls to be what my father wasn't for my mother and me." Does this – I mean, the fact that you didn't have a dad, has it changed your life as a father yourself?

> What is harder – and I think my dad would maybe have a comment on this – but being a protective father of teenagers or President of the United States?

> And I know that for Barbara and me it was hard to listen to people criticize our dear dad. Can they stay away from that? Or do they take the criticism to heart?

Barack Obama was of course one of the fiercest critics of George W. Bush.

In the 9:00 hour, co-host Willie Geist touted how Obama "said he's sure to attend parent-teacher conferences, ballet recitals, soccer games, just like any other dad." After a clip played of the interview, Geist declared: "And for the President talking about someone who didn't grow up with a dad, it's remarkable to watch what kind of father he is now." Weatherman Al Roker chimed: "He really is."

Roker then reminded viewers of how close he was with the Obama family: "And I remember, we were at Mrs. Obama's fiftieth birthday party and the girls had all these friends just walking around, they're just hanging. It's a house party. And so it's obvious it can't be exactly like any other 13 or 15-year-old's childhood. But they obviously have worked very hard to make it as normal as possible."

In January, Roker excitedly gossiped about the event to his fellow co-hosts.