On Thursday's NBC Nightly News, sanctimonious anchor Brian Williams lamented the fact that "spending on 2012 presidential radio and TV ads has now surpassed the half-billion-dollar mark" and proceeded to list other things the money could buy, such as feeding  "9.2 million malnourished children for 50 days" or "provide clean water for 500 million children for 40 days."

While Williams's philanthropic suggestions are certainly worthy causes, he only briefly noted where that money actually went: "By and large this money goes to TV stations and networks." NBC and others could always give away the air time for free.

According to TV Guide, Williams himself is the third highest-paid television news personality, hauling in $13 million a year. Maybe he could take a pay cut this year. 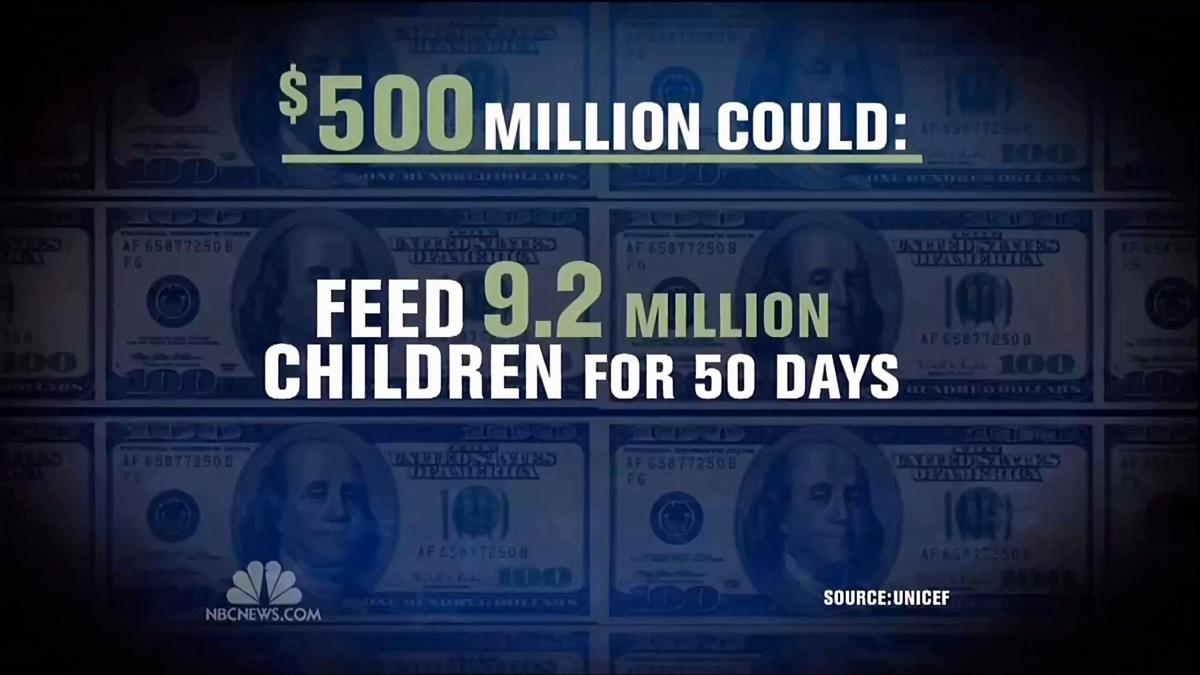 Perhaps Williams should have cited an actual example of $500 million being wasted by the Obama administration on the bankrupt solar company Solyndra. Why didn't he ride in on his high horse when that news broke?

Here is a full transcript of the August 16 scolding by Williams:

BRIAN WILLIAMS: And from the world of presidential politics, today our country quietly reached and passed a new threshold. As of today, according to the analysis of our own NBC News political unit, spending on 2012 presidential radio and TV ads has now surpassed the half-billion-dollar mark. With $37 million spent just this week so far, the grand total is now $512 million. That's about as much as was spent in the entire '08 campaign and it's not even Labor Day yet.

By and large this money goes to TV stations and networks, but we thought we would take a look at what else that much money could buy. For starters, $500 million could feed 9.2 million malnourished children for 50 days. It could immunize 29 million children for life. It could provide clean water for 500 million children for 40 days. And it could buy 166 million antimalarial mosquito bed nets, two for every person in the Democratic Republic of the Congo. Instead, it's buying television commercials and the real general election campaign hasn't really even started yet.