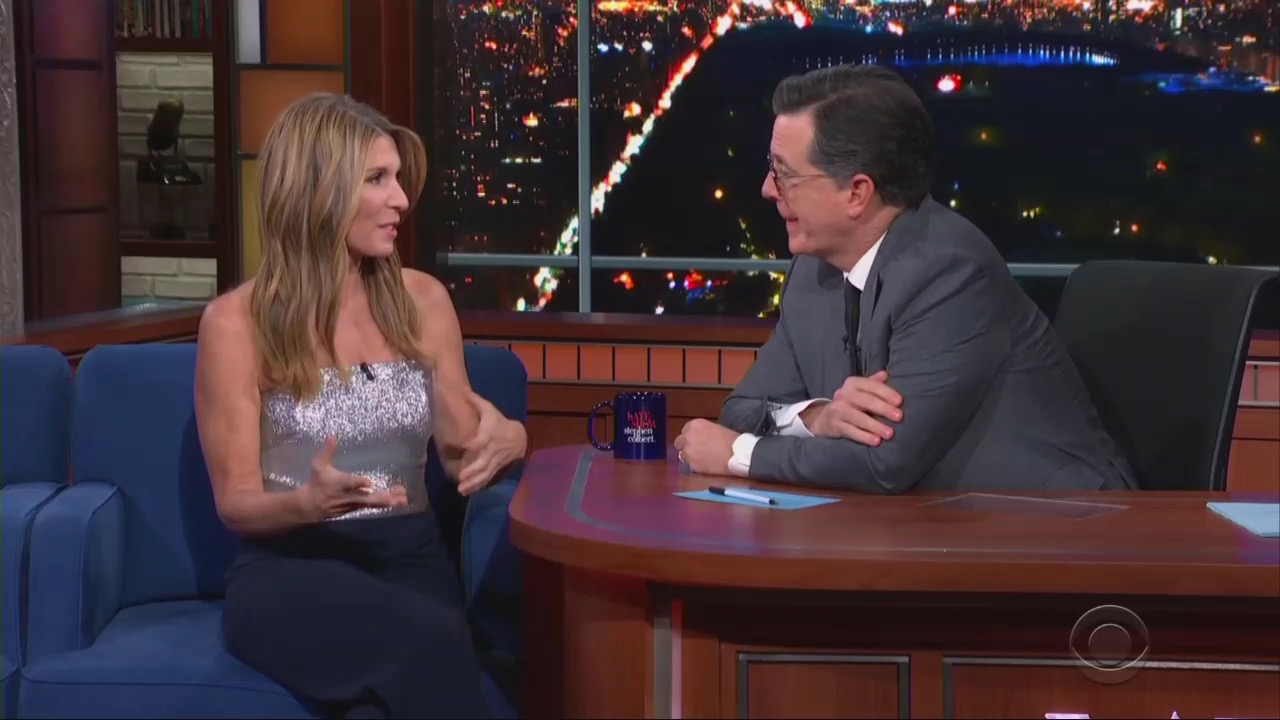 MSNBC host Nicolle Wallace has been trying her hardest to prove her allegiance to Democrats by trashing the party she used to work for, at every opportunity she gets. Case in point, after cursing at FNC host Laura Ingraham on her program last week, she went on Stephen Colbert’s The Late Show, Wednesday, to double down on her offensive comments while giggling and yukking it up with the anti-Trump host about how much they both hate Republicans.

Colbert, who also used to pretend he was a Republican on TV, began by playing the clip of Wallace calling Ingraham and guest John Yoo, “chickensh**.” The audience cheered loudly at her crude quip, while Wallace grinned and put her hands in front of her face as if she was embarrassed by what she said. A pleased Colbert looked on approvingly, and asked if she came on the show to clear things up.

Wallace admitted she was only sorry because she got caught swearing in front of her kids:

Colbert immediately invited the MSNBC host to trash her “former Republican colleagues for having lost their “principle:”

Wallace trashed her media rivals’ comments as “galling,” “so reckless” and “so scary,” while claiming they “represented the debasement not just of the right but the debasement of what happens on that program.”

Colbert egged Wallace on, asking her to explain to his Trump-deranged audience how the right has had their “souls kidnapped by Donald Trump.” He added, “These people have volunteered to be kidnapped.”

Wallace giggled and tried to shrug off her comments but as Colbert kept pressing she dove right in: “If you watched the testimony today they had like seven different ways to have their souls kidnapped or hijacked...Just ludicrous excuse after ludicrous excuse...If I had any capacity for sympathy for my old party it would be so sad, it would be embarrassing. But I don't,” she sneered.

Colbert prodded her to explain: “So you say your ‘old party.’ So you're no longer a Republican?”

After the break, Wallace laughably claimed that she tried to understand both sides because her parents “believe Trump should be on Mt. Rushmore.” Colbert sympathized, asking Wallace if she needed a safe space for Thanksgiving: “Do you need someplace to go for Thanksgiving? My place?” as they finished the interview.