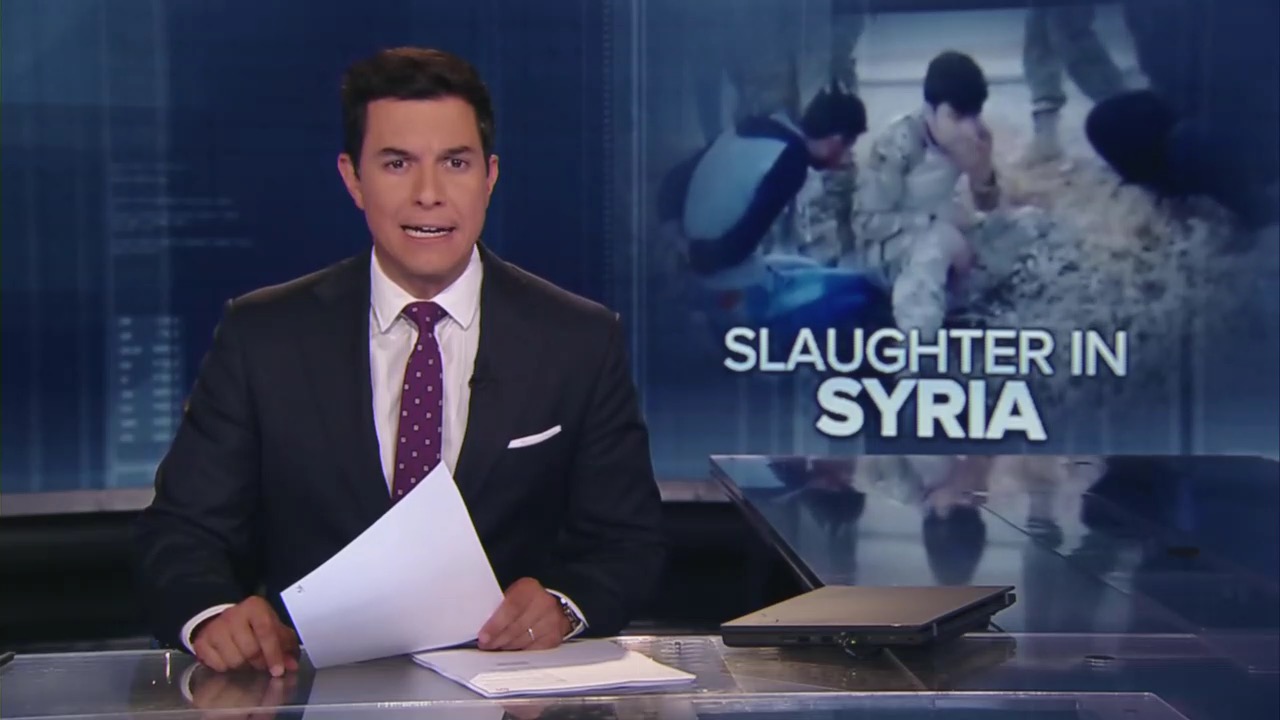 “Weeks since President Trump ordered U.S. forces out of that region, effectively abandoning America’s allies in the fight against ISIS,” he gushed to open the segment. In the background, rapid gunfire and explosions across a night sky were shown, as Llamas described the scene:

This video right here appearing to be showing Turkey’s military bombing Kurdish civilians in a Syrian border town. The Kurds, who fought alongside the US against ISIS, now horrific reports of atrocities committed by Turkish-backed fighters on those very allies.

Again, on Good Morning America, October 14, correspondent Ian Pannell played this same video in a segment entitled "Crisis in Syria" and gushed, “This video obtained by ABC News appears to show the fury of the Turkish attack on the border town.”

Except, the video ABC played, appears to be from a nighttime machine gun event at the Knob Creek Gun Range in West Point, Kentucky.

As verified by Becket Adams at The Washington Examiner:

The footage, which looks to be from 2017, shows American gun enthusiasts putting on a terrific pyrotechnic show for their audience in Kentucky. In fact, the Machine Gun Shoot and Military Gun Show, which involves the very popular night shoot, is an annual event at the Kentucky gun range. People love the show. They love it so much, in fact, that they record it and post footage of it to social media.

The video was caught by some Twitter users, who put the two videos side by side over the weekend. Finally, ABC was forced to apologize and take down the videos from their website:

CORRECTION: We’ve taken down video that aired on “World News Tonight" Sunday and “Good Morning America” this morning that appeared to be from the Syrian border immediately after questions were raised about its accuracy. ABC News regrets the error.

However, the damage has already been done. We will see if a correction comes on tonight’s World News Tonight broadcast.