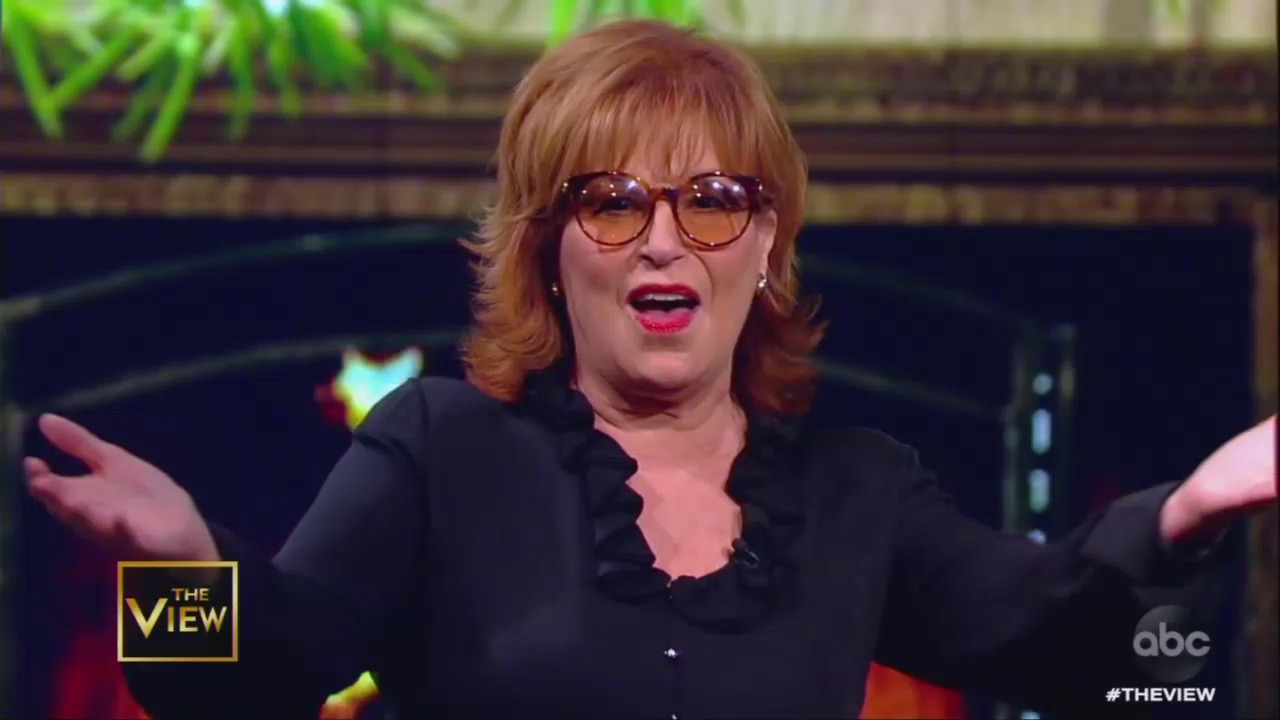 This ranks up there in the things no one wants to see. Joy Behar, co-host of The View celebrated her birthday with an impeachment-themed rendition of “Joy to the World” on Monday’s show. Behar loved the bastardized version of the religious Christmas carol so much she even joined in the merriment.

Towards the end of Monday’s The View, comedian Mario Cantone came out on stage with a piano to serenade Behar. But not before making a gross joke about Behar wearing Adam Schiff’s likeness on her behind:

“I didn't know what to get you...But I did get you a pair of Spanx with Adam Schiff's picture on it right on the buttocks so he's always behind you,” he teased before getting on to the impeachment song. Cantone started singing as Behar joined in, following the words on teleprompter. Even the audience joined in:

Joy to the world, the time has come

Let every heart prepare his doom

But stays above it all

Our POTUS is genius or neanderthal!

He rules the world or so says he

But there's a great divide

While Scaramooch is turning and Little Schiff is flirting

His sycophants commence with Rudy on defense

And praise him with gold and myrrh and frankincense

Joy to the world, Pelosi stands

The donkeys will unite, the elephants will fight

The House will say let’s go

The Senate will say no

The country will overdose on whistle-blow

And raise our mobiles high

Afterwards the hosts came out applauding and hugging Cantone as Whoopi praised the parody as "magnificent."