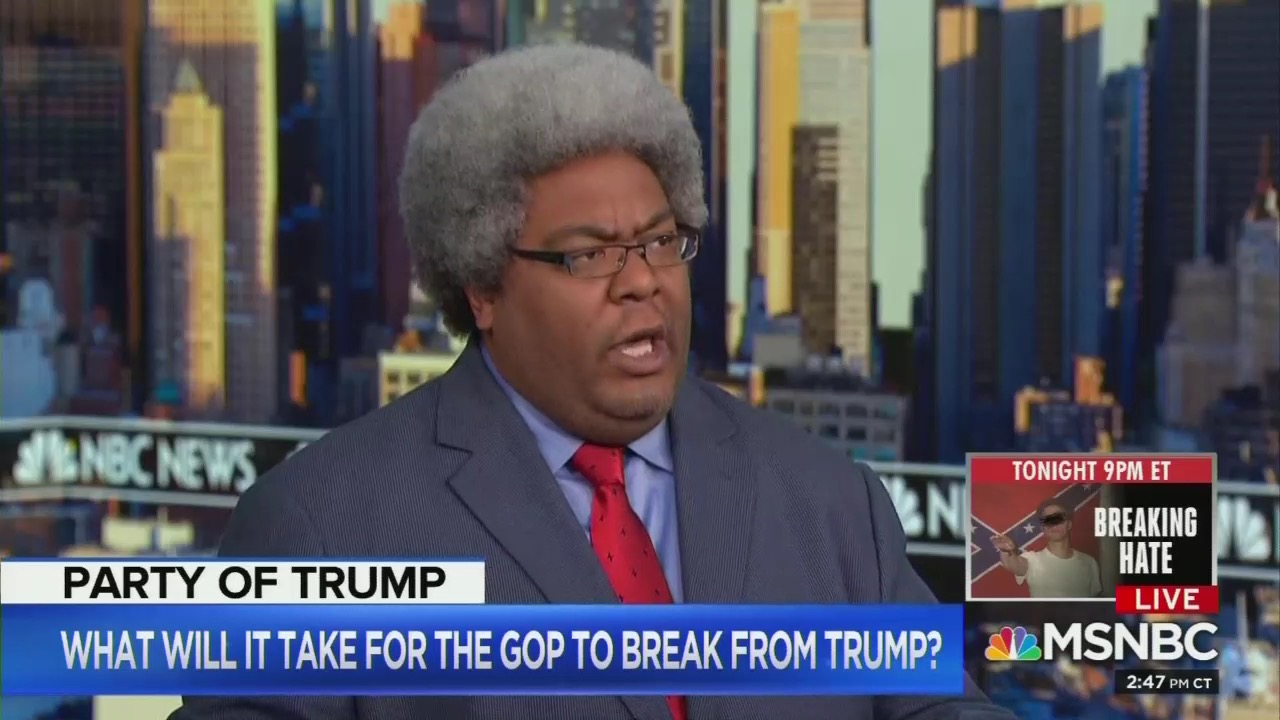 MSNBC commentator Elie Mystal is pretty proud of how much he hates the President, and apparently anyone who lives in one of his properties. So much so, that he boasted on Twitter that he fantasizes driving his car into Trump condominium lobby.

Early Wednesday morning, news broke that someone had driven their car into Trump Plaza, a luxury condominium building in New Rochelle, New York, last night. Three people were injured. While the police do not suspect it was intentional, Mystal suspected it was, even admitting that he secretly fantasized about ramming his own car into the building, many times. “I’ve thought about driving my car through it, EVERY TIME,” he tweeted: 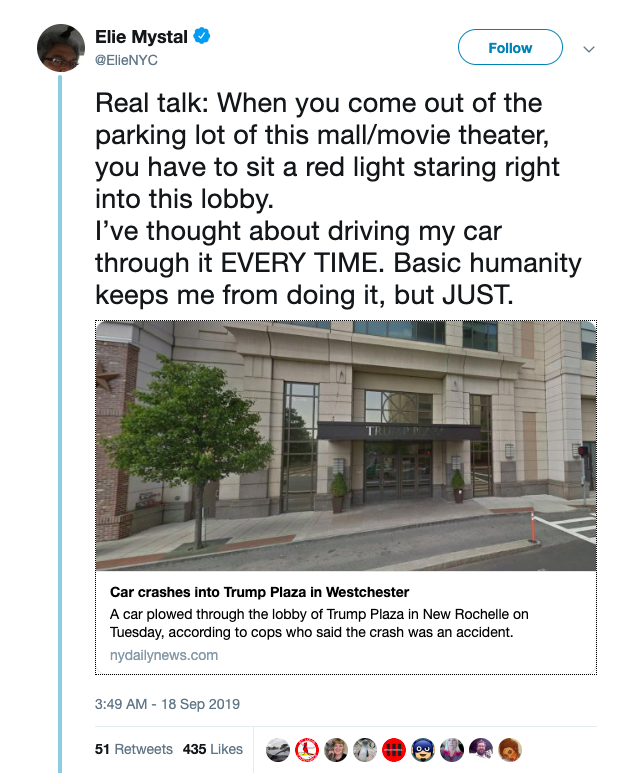 Mystal seemed positively giddy at the notion that someone got to act out his secret violent wishes, even if there was no malice behind the crash: 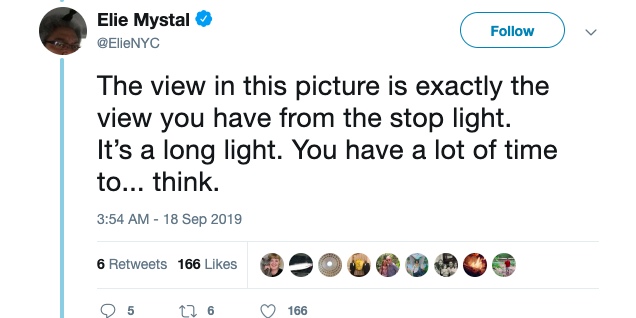 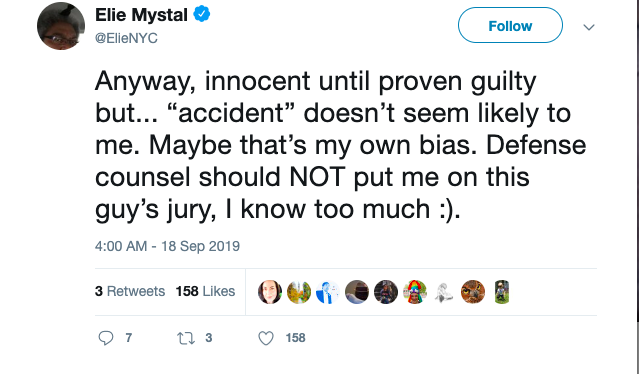 This tweet seems in character with the messages Mystal likes to promote on MSNBC. He regularly appears on Joy Reid’s show, where he advocates “destroying whites,” and “stopping” Trump “zombies” from “infecting everybody else.”

Calling for violence against Trump and anyone within his vicinity is not unusual for MSNBC commentators.