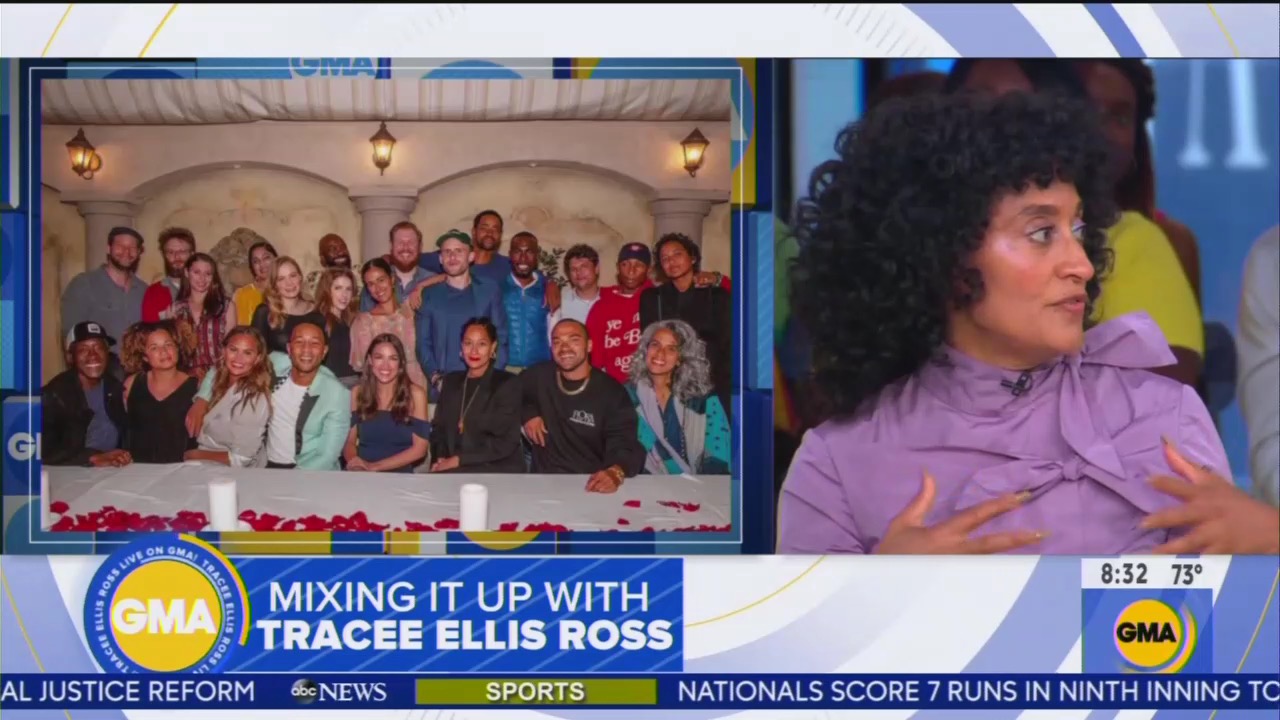 ABC’s George Stephanopoulos, Robin Roberts and Michael Strahan couldn’t stop fawning over Alexandria Ocasio-Cortez hobnobbing with her celebrity friends, on Good Morning America Wednesday. Actress Tracee Ellis Ross was on the show and gushed about how Ocasio-Cortez eases her “deep anxiety and concern” for the country under the current administration.

Although the Mixed-ish actress was on the program to plug her show and new hair products, the ABC team was more excited about her friendly relationship with the Democrat politician.

ABC showed a photo of Ross with several other celebrities posing with Ocasio-Cortez. Co-host Michael Strahan raved about the “epic” cocktail party:

“[Y]ou had an epic cocktail party. Who was at the party: Seth Rogen, John Legend, Pharrell [Williams]. Just to name a few,” he gushed [Also you can see actors Anna Kendrick, Jesse Williams, model Chrissy Teigen and Black Lives Matter activist Deray McKesson in the picture.]

He praised, “What an eclectic group!” before asking Ross, “So I’m curious, what’s the conversation like?”

Ross clarified that it wasn’t her party, but they were gathered for their “guest of honor,” “AOC” who was there to calm their fears about, presumably Trump:

[A]nd AOC was there and the conversation was really surrounding around her. It was really about what's going on in our country and what we can do and one of the things I asked her- which was really nice, because I feel like often it's like every other day there is another thing and you feel so overwhelmed--

Anchor George Stephanopoulos chimed in to agree. “Every other hour!” he grumbled.

Ross couldn’t agree more, praising Ocasio-Cortez for calming Hollywood’s anxieties and inspiring them to “listen to their hearts:”

Really! And they’re real things that give you a sense of deep anxiety and concern and how are you going to help and where do you put your attention first? Like which fire do you start to address? She was saying ‘go where your heart is leading you and if each of us actually listened to our hearts and then tap into the community that are experts in those areas, we can all make a difference!’

“I love that!” Robin Roberts gushed as the audience applauded. Stephanopoulos followed up on that shallow message by asking Ross, “Where is your heart leading you?” before the topic went back to her liberal television show.