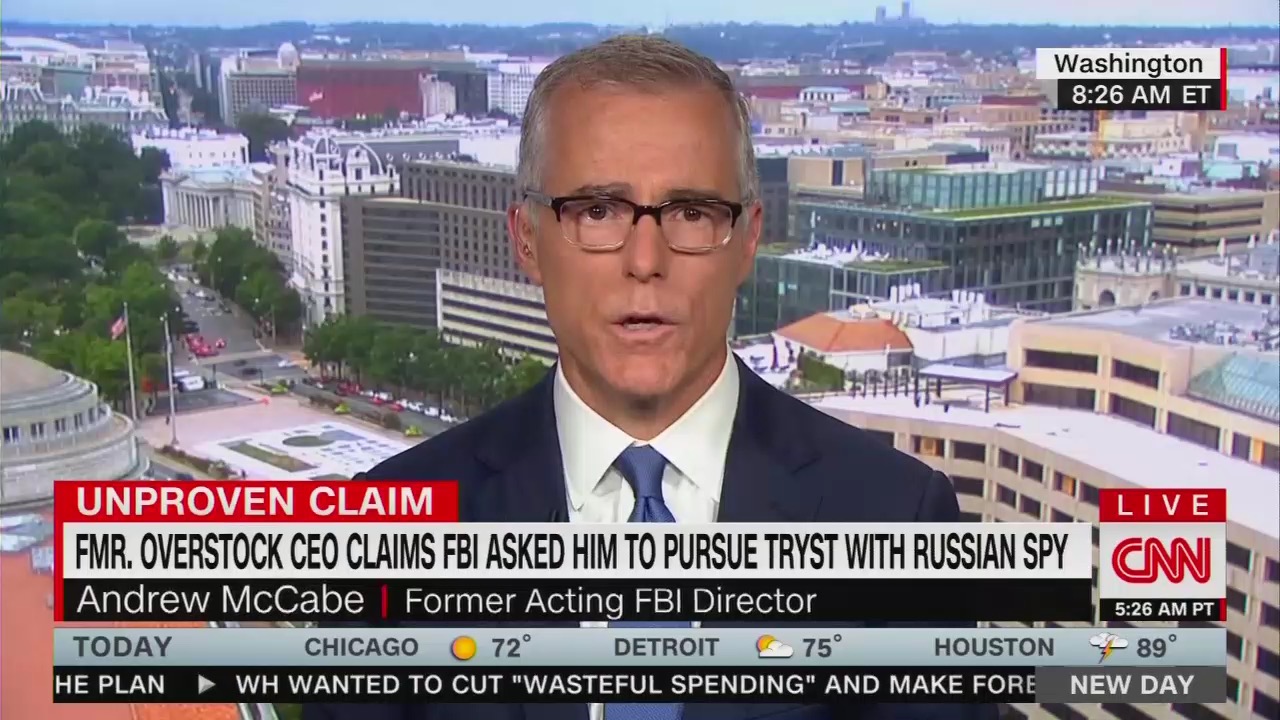 CNN’s Oliver Darcy announced early Friday morning that the network had hired ex-FBI Deputy Director Andrew McCabe, as a contributor. McCabe, as you remember, was fired by the FBI for leaking information about the Clinton Foundation investigation to the media, then lying about it under oath.

The news was met with a lot of mockery on Twitter.

@brianstelter cried and complained about people lying and then CNN hires a man who lied as a deputy director at the FBI. Way to go lol

McCabe made his debut on CNN’s New Day Friday morning, where co-host Alisyn Camerota quickly noted that McCabe had been fired by the FBI, two weeks before receiving his pension. She did not mention why he had been fired.

The irony is, this happened just one day after host Brian Stelter complained that Sean Spicer and Sarah Sanders were getting media gigs, or “fame and privilege” as he put it:

Wrote this about Spicer and ABC last night, now it applies to Sanders and Fox too: How should ex-White House officials be treated when they spend months misleading the public, then seek positions of fame and privilege?

McCabe seems like just the kind of beacon of integrity CNN is famous for giving “fame and privilege.” Michael Avenatti, anyone? How about Lanny Davis?

Not to mention if Stelter is going to complain about ex-White House officials going into the media, maybe he should call out his own network’s hiring of former Obama administration officials Jim Sciutto, John Kirby, James Clapper, and David Axelrod, among others.