Joy Behar on Trump Tweets Against Omar: 'Why Can’t He Be Charged With Hate Speech?’ 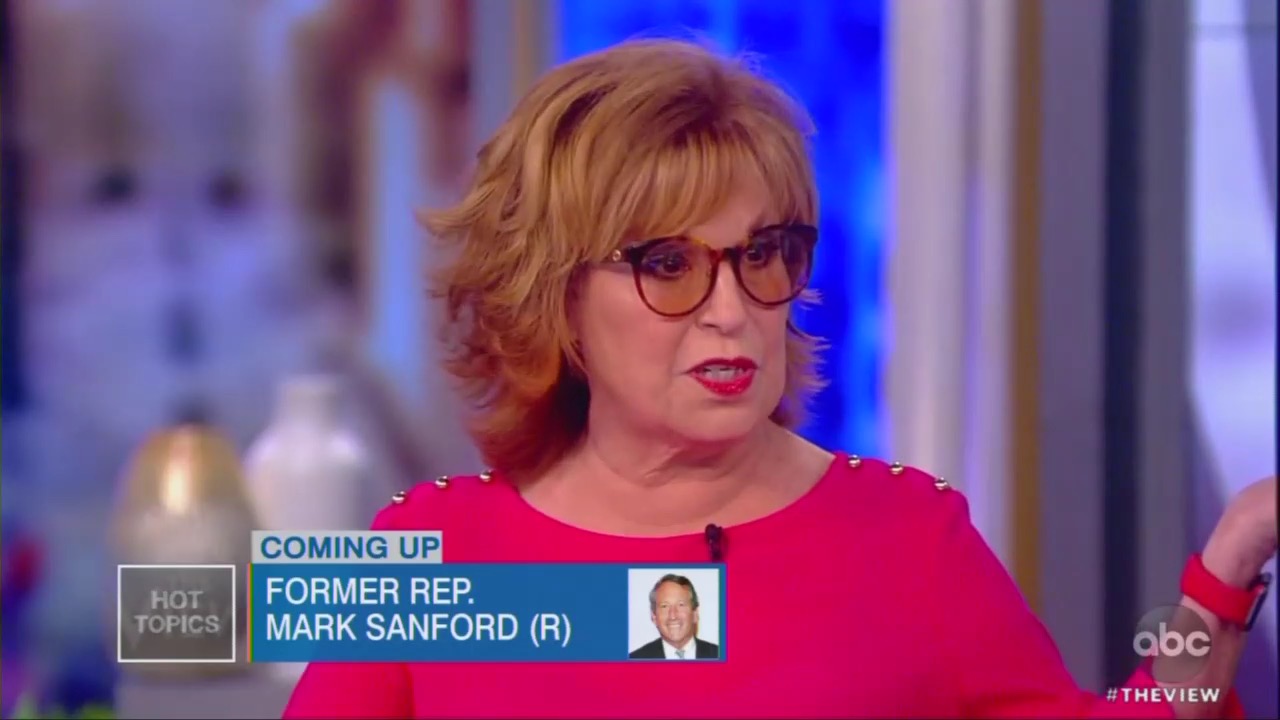 The four hosts of The View were unanimous in their displeasure over rally-goers chanting “send her back” at President Trump’s rally last night in Greenville, North Carolina. The hosts claimed it was “frightening” and “dystopian” and “inviting violence.” Co-host Joy Behar wanted to know why the President couldn’t be charged with hate speech over his tweets that inspired the chant.

After spending some time ranting and raving over the chant, Behar demanded Republicans speak up: “It's required by Republicans to speak now... For two years we’ve been railing against this guy and the Republican party just falls in line behind him. They don't say anything,” she lectured.

Fellow co-hosts Meghan McCain and Whoopi Goldberg, meanwhile complained that Republicans were silent in the face of this “violent” rhetoric. Whoopi claimed that Trump was targeting women with this “violence” and that if any one of them had said something similar, they’d be “in deep doo-doo.”

She added: “He doesn't care or doesn't acknowledge the fact that what he is doing is possibly inviting violence towards these women, and women who are saying ‘this is wrong, I don't like this.’”

That prompted Behar to ask why Trump couldn’t be charged with hate speech for attacking Omar in his tweets. “Why can't he be brought up on charges of hate speech?” she asked, adding, “Why can’t be sued by the ACLU for hate speech? I don’t get it. How does he get away with this?”

This whole segment was quite nuts considering Trump didn’t say anything violent, but the four Democrat congresswomen in question actually refused to condemn violence from Antifa when asked about it on camera. So who exactly is inviting violence?