Seth Meyers Tries to Shame McCain Over Omar Criticism, Gets Egg on His Face Instead 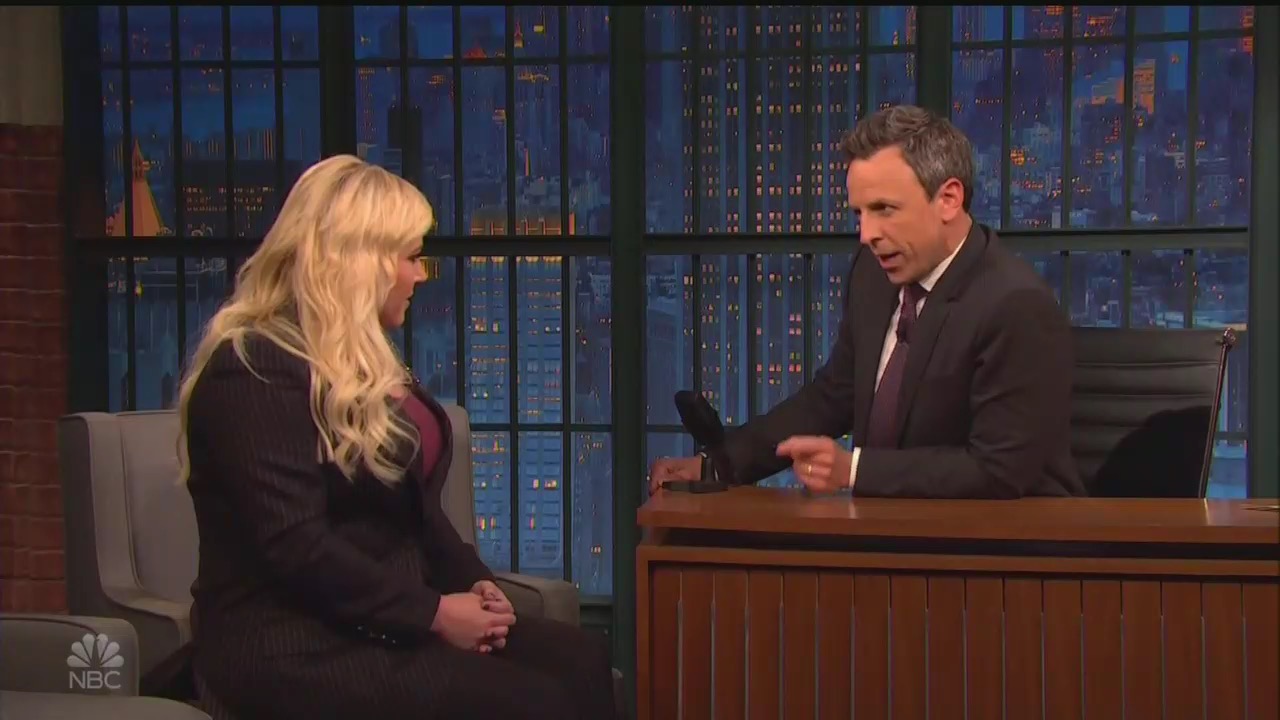 The View co-host Meghan McCain had a tense exchange with Late Night host Seth Meyers Tuesday night, after the liberal host repeatedly berated McCain for criticizing Democrat Rep. Ilhan Omar. As Meyers couldn’t get McCain to admit she had said anything wrong, she turned the tables on the host by calling out his liberal bias.

Meyers began by actually calling McCain’s criticism of Omar “dangerous” in light of the synagogue shooting because Omar “had some death threats against her.” He tried to shame her to be more “thoughtful” about her language:

And I just wonder, cause I do think it's fairly dangerous, and you brought it up after Congresswoman Omar had also had some death threats against her. Do you think -- you know, she's obviously now stated she needs to be more careful with her language. Don't you think other people who talk about her need to be a little bit more thoughtful as well, or do you stand by those comments of tying her to this -- her rhetoric to the synagogue shooting?

McCain denied trying to tie Omar to the synagogue shooting, and reiterated that Democrats were “hedging” on Omar’s anti-Semitism. “I stand by every single thing that I said, and if that makes me unpopular in this room or in front of you, so be it,” she slammed.

A taken aback Meyers called it “weird” for McCain to say that when he was “just trying to find common ground.” She pressed him to hold the same standard.

“Were you bothered by her language about 9/11?” she asked, adding, “Would you give President Trump the same leverage, if he had said the same thing?”

Meyers clearly didn’t like being the one on the spot and claimed Trump had already said offensive things about 9/11. Bringing it back to Omar, McCain responded that the left wasn’t treating Omar like they would someone on the right. “I just think you have to give people the same credence and I think she's getting a lot of passes,” she stated.

But Meyers wouldn’t let it go. He kept forcing on his guest his twisted version of tolerance:

“[Y]ou know, it's an interesting thing when we have two Muslim women for the first time, they do have a different perspective on things...we have to listen to other people's perspective,” he lectured. McCain quipped back to the obtuse host, “Oh, I agree, I work on The View with Joy Behar every day. I listen to other perspectives all the time.”

Meyers wasn’t done defending the Democrat, however. He even called criticism against her, “unfair,” which prompted his guest to ask the obvious question:

“Are you her publicist?” McCain joked.

“Are you her press person?” she repeated.

Meyers tried to downplay his partisanship, urging for a Kumbaya moment for the “minority” Democrat whose had “death threats against her.”

The awkward interview quickly wrapped up after that with McCain snarking, that nothing she said would placate the overly aggressive host.