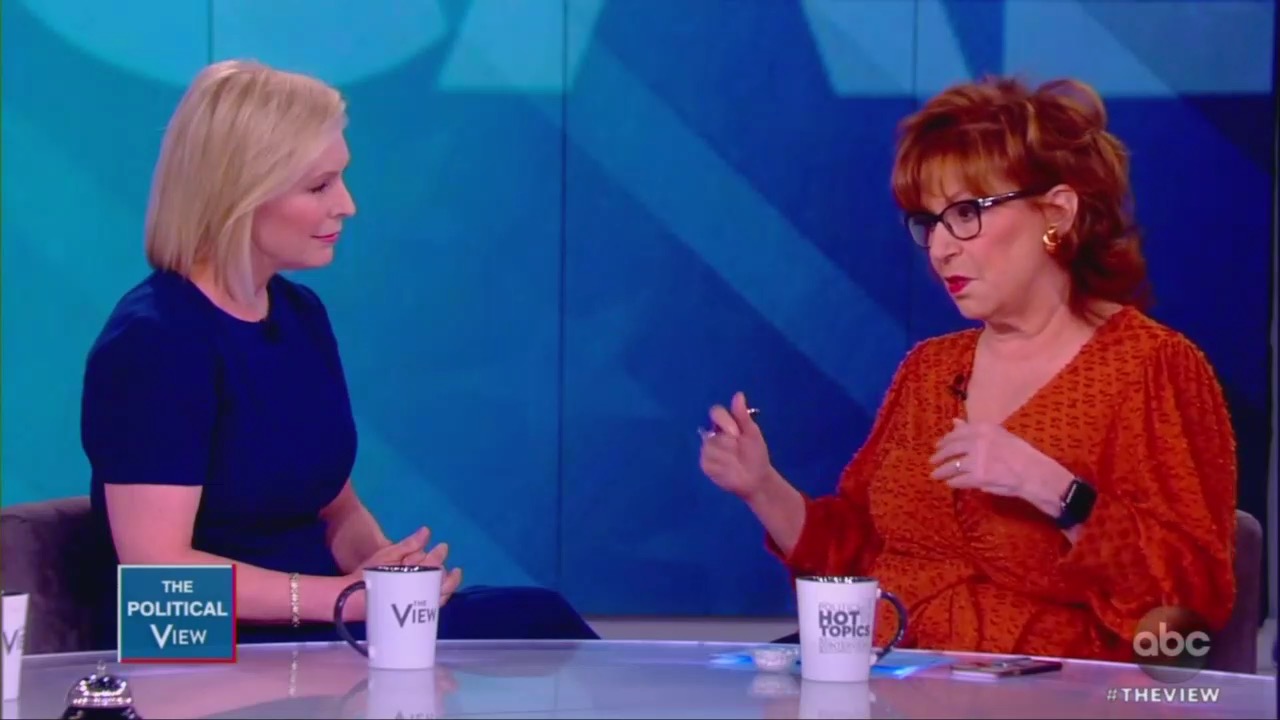 Wednesday on The View, co-host Joy Behar had an interesting theory on why Democrats could lose the upcoming 2020 presidential election. To guest Kirsten Gillibrand she worried that her party would lose to Trump in 2020, because Democrats didn’t “play dirty” like Republicans did. Says who?

The Democrat Senator from New York and 2020 candidate was on The View later in the show, where she received a tough shake from each co-host to start off, mostly about her chances of winning. When it became Joy Behar’s turn, she grilled Gillibrand for her part in condemning former Democrat Senator Al Franken, calling him to resign last year after his groping scandal.

“Your campaign has said that your fundraising has suffered. They think it's a backlash against your decision to lead the call for Al Franken to resign after the allegations of sexual misconduct. It's a personal thing with me because I'm a friend of his. I thought he was a great senator. I really miss him now because I think he had a mouth on him and a brain!” she gushed, adding, “Do you think the democratic voters are going to turn on you for this?”

This isn’t the first time Behar has opined for Franken. She has openly defended him many times on the show many times before, and downplayed what he did. For her part, Gillibrand stuck to her guns and denied the suggestion that she made a poor choice. Behar kept trying to get Gillibrand on her side, urging her to let her peers “play dirty” like Republicans, to win the next election:

“Listen I understand where you’re coming from, I just feel like you’re playing in an uneven field with the Republicans because they will play dirty and we will not, on the Democratic side, and that could kill us,” she griped.

In what world is Behar living in? Democrats have ran dirty campaign ads for decades, like this one from the 2018 midterms. 2020 Democrat Pete Buttigieg has been trying to spin an imaginary “feud” with VP Mike Pence for weeks to no avail. Democrats nasty attacks on Supreme Court nominees, calls for public bullying and harassment of Republican officials, and witch hunt-like obsession to prove President Trump was a Russian spy, certainly seems like playing dirty. Just another lame excuse from Behar as to why Democrats lost in 2016.

After that, Behar tried to defend another Democrat whose been accused of inappropriate touching: Joe Biden. She scoffed that "no one cared" about his inappropriate behavior:

Let's talk about Joe Biden who is probably going to announce tomorrow. He has allegations against him, not necessarily sexually involved. He's a little touchy. He's a little handsy. He hugs people. He kisses women. He talks up close. Nobody seems to care about that. Do you?

Gillibrand referred to Biden to answer those questions, but as Behar kept pressing, she reminded her, “I’m running for President, Joy.”