Meghan McCain Snarks to Andrew McCabe: Is This a ‘PR Campaign to Stop Yourself From Getting Indicted?’ 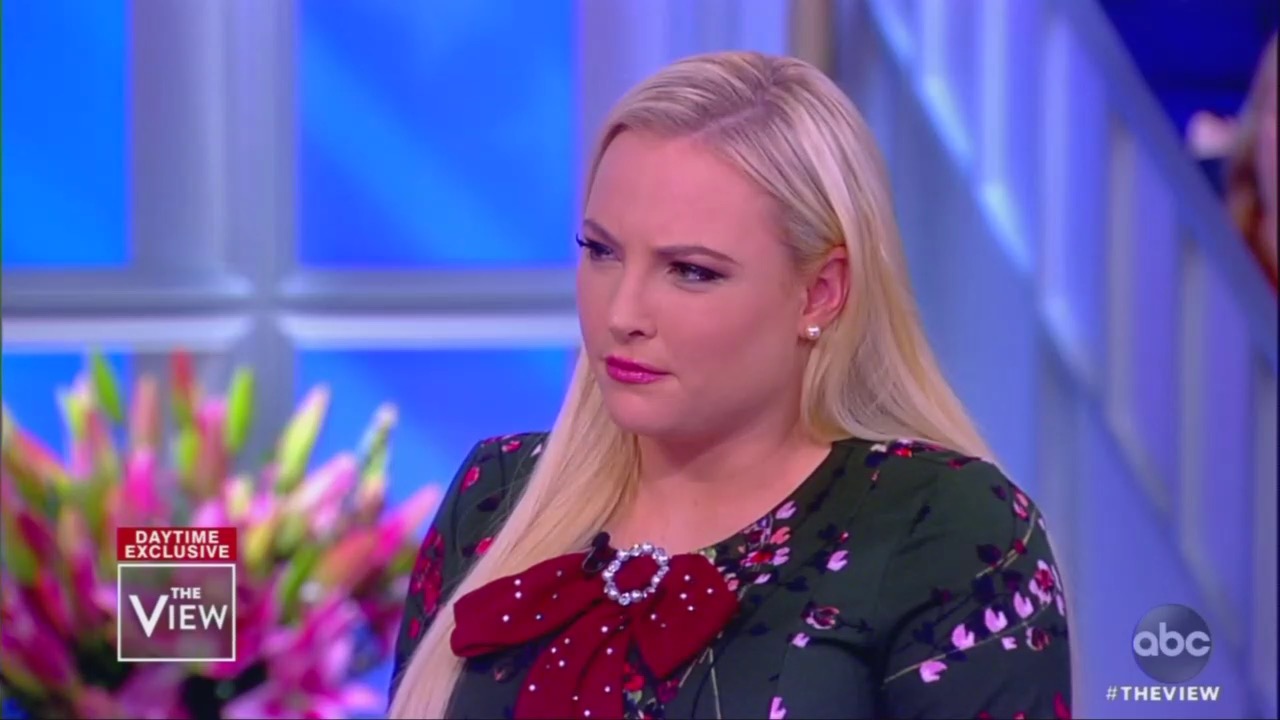 Disgraced former deputy FBI director Andrew McCabe made the media rounds Tuesday promoting his new book, which is full of salacious claims and stopped by The View for a lengthy discussion about it. However, only co-hosts Meghan McCain and Abby Huntsman called into question McCabe’s stories, even though he was fired from the FBI for lying to federal investigators.

Before that, Joy Behar began the interview eagerly asking McCabe if President Trump was a Russian agent.

“Did you believe he was actually an agent for Russia? How possible?” she gushed. Later, she asked if McCabe “should have” invoked the 25th Amendment to oust Trump.

But co-hosts Meghan McCain and Abby Huntsman were more skeptical.

“It looks like an attempt to lash out at Trump who had just fired your boss,” McCain snarked. “Do you actually believe that Russians ordered Trump to fire Comey?” she pressed. McCabe answered he “didn’t know” but he had plenty of circumstantial evidence to suggest Trump had colluded with Russia.

Later on, she slammed McCabe as an “unreliable narrator” and confronted him about the claims that he leaked investigation information to the media:

I don't believe you're a reliable narrator. And I'm not convinced this not just some kind of PR campaign to stop yourself from getting indicted. You were fired at the recommendation of the FBI, which, in your book, you cite four times, how great of an organization is it, for your ‘lack of candor.’ I would like you to say right here on national TV that you are not a source for The New York Times. You were never a source for The New York Times or any other publication, considering that is what you were accused of lying about. Basically, were you ever a leaker to The New York Times?

McCabe denied being a leaker, but then admitted he did release information to the press, in the way that was allowed for his position.

Abby Huntsman also played offense, asking McCabe if he would be “satisfied” if Robert Mueller releases a report stating Trump did not collude with the Russians. He claimed that he would be, and had complete faith in Mueller.

But Sunny Hostin took McCabe at his word. She praised his book as “fantastic” before recounting his claims in the book that former Attorney General Jeff Sessions was a racist, bumbling idiot. Hostin didn’t mention that Sessions was also the one who fired McCabe. Instead she treated these stories as if they were fact, gushing,“Was he an appropriate person to lead the Department of Justice?”

To end the interview, Joy Behar hoped that McCabe’s notes would be used by Mueller to get Trump impeached.

“Those memos that you and he kept, are those going to hold up in uh... let's say he's impeached. Will they help the prosecution or not?” she eagerly asked. McCabe replied that Mueller had them but he couldn’t answer one way or another.