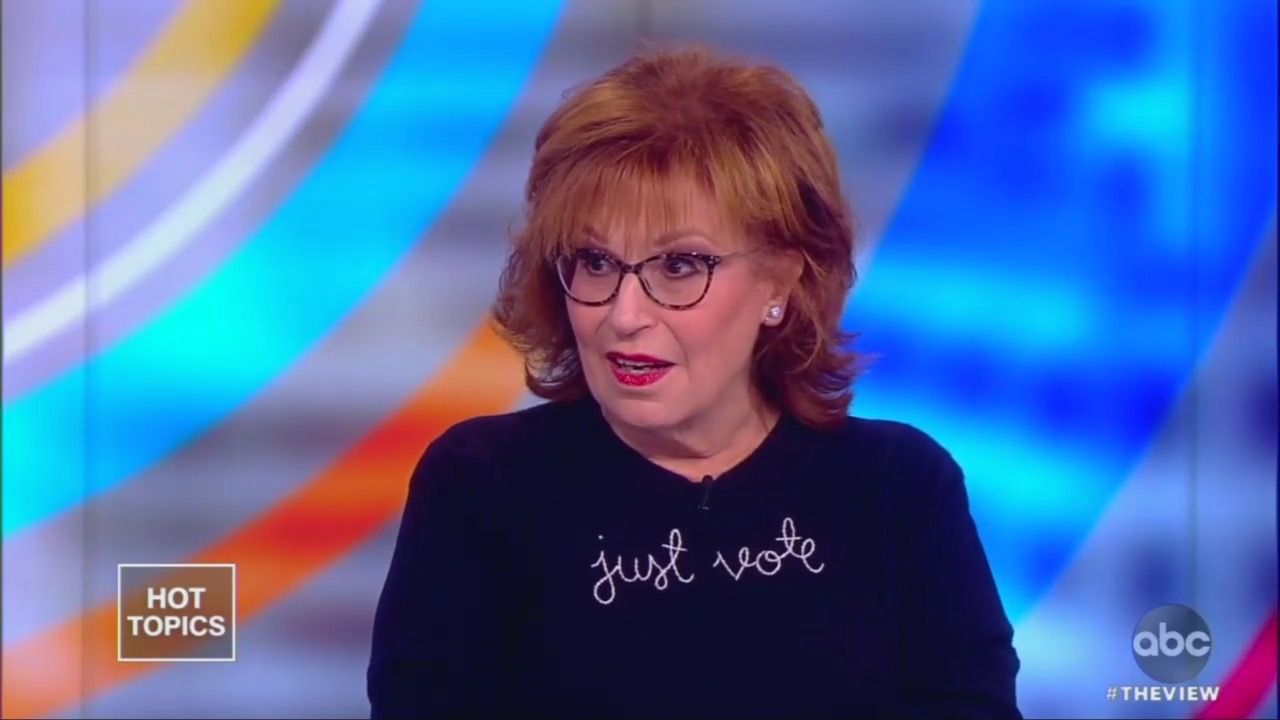 Tuesday on ABC’s The View, the co-hosts talked about the midterm elections today and President Trump’s statement in an interview Monday that he “regrets” his tone hasn’t been softer. While the hosts bashed the remark as an inauthentic way to reach women voters, co-host Joy Behar turned her nose up at women who supported Trump, characterizing them as stupid.

After ABC played the clip from the interview, Whoopi Goldberg asked the table why Trump would say that. Behar thought it was simply to appeal to women voters. “He said it -- he said it because he realizes that women like him less than menstrual cramps. That's why he said it,” she quipped as the audience applauded.

“He now has, like, this moment where he says, gee. They don't like me because do you see the numbers? The women are out there voting in droves. He now realizes that,” she added.

While the other hosts acknowledged Trump’s low polling numbers overall with women, Behar went after women who supported Trump, questioning their intelligence.

BEHAR: The women who still like him say that he is a protector. A hero. That he protects --

HOSTIN: Their way of life and their values.

BEHAR: They don't know the difference between a predator and a protector because as far as I can tell, he is the one grabbing women by the you know what.

I always try to find the positive in these moments and I think the one thing about his tone that has been helpful for this country is it motivated people to get out and vote. Whether you like the tone or you hate the tone, people are voting. We're already seeing this. 31 million people have already cast their ballots for this election.

But Whoopi didn’t like the idea that Trump’s “fear-based” rhetoric inspired people to vote, (but apparently it was okay for Democrats and the media to use fear tactics on ObamaCare being repealed in past elections):

HUNTSMAN But It shows that people care.

WHOOPI No. It shows that people are scared and they know -- they know that this is not what you want in the guy that's supposed to be running stuff, but I don't know if the tone is -- I can take a lot of stuff. As I said weeks ago, you know, when you start the conversation with, they are murderers and rapists or they are this or they are that, for me that shuts everything down. I can't hear anything.

Later on in a segment with ABC’s White House correspondent Jonathan Karl, he pointed out that if Democrats took control of the House they would run all sorts of investigations against Trump and his cabinet:

At that news the liberal audience erupted in applause.