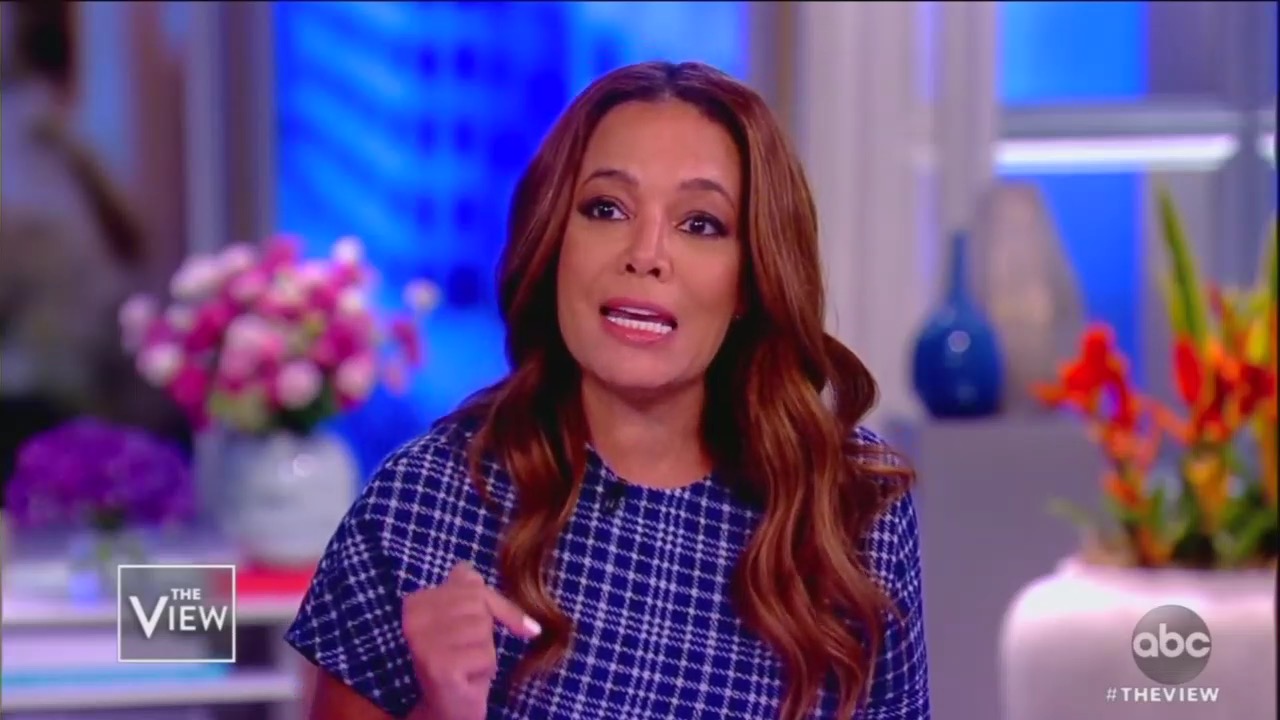 The View co-host and ABC legal analyst Sunny Hostin made an outrageous argument on Thursday’s show that should raise eyebrows. Discussing Melania Trump’s comments stating we needed evidence when accusations of sexual assault are made, Hostin grew irate after co-hosts Abby Huntsman and Meghan McCain defended the need for due process. Objecting to the need for supporting evidence of any kind, Hostin gushed, “A woman’s word is enough!”

After playing the clip of Mrs. Trump, Hostin bashed the First Lady for doing “so much damage” in arguing that a woman’s word alone was not enough to put someone in jail:

[W]e finally said a woman's word is enough. I've taken many cases to trial with just a woman's word. [ Applause ] And now you have the First Lady of the United States telling women everywhere your word is not enough. I think it does so much damage, and quite frankly, that isn't the law.

McCain appealed to the Constitution, saying that it protects people from being presumed guilty without evidence. Before Hostin could respond, guest co-host Yvette Nicole Brown jumped in to bash Melania, for having an “orange horse in this race,” as she referred to President Trump.

“This woman, [growls] she has a orange horse in the race, and her orange horse has been accused credibly by at least 17 women!” Brown gushed. Co-host Abby Huntsman finally stood her ground and actually pushed back against Hostin’s talking points:

Every single women needs to be heard. Because more often than not, women are correct. But Sunny, you are insinuating that evidence doesn’t matter. And as a lawyer evidence should always matter!

Amazingly, Hostin fired back that no evidence or corroboration was needed if a woman accused a man of rape. In fact, a claim was the “best” piece of “evidence” in any alleged crime:

After cutting to commercial, Whoopi falsely claimed that she had argued for “more evidence” when Christine Blasey Ford was testifying against Brett Kavanaugh:

WHOOPI: I wanted, I wanted more evidence. I wanted a trial. I wanted people to be able to take folks even if the time was up because there shouldn't be a statute of limitations on this because there's -- it's happened with so many, with young men.

HOSTIN: You called for due process, Whoopi.

WHOOPI:I called for due process.

Newsflash, Whoopi, there is no statute of limitations on rape or murder charges in Maryland. So Ford could’ve taken Kavanaugh to trial but she conveniently disappeared as soon as Kavanaugh was confirmed.

Hostin again, reiterated her alarming belief that only a claim is needed as proof that someone else committed a heinous crime:

And the law is very clear that testimonial evidence, a woman standing there taking an oath and saying this happened to me is enough. You don't need a witness. You don't need forensic evidence. You need someone's truth, and we heard Dr. Ford's truth.