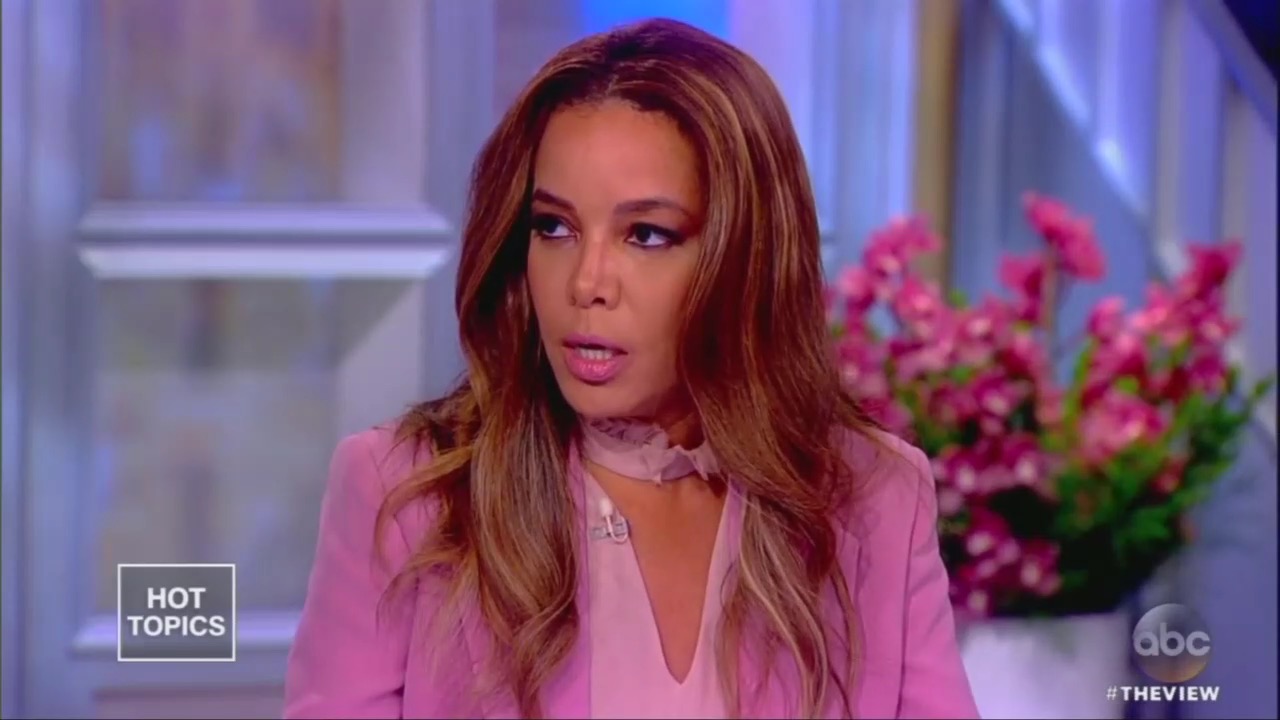 The View began Wednesday’s show by parroting the same overwrought analysis all over cable news this morning after President Trump came out touting the federal government’s response to Puerto Rico after Hurricane Maria hit last year. Co-host Sunny Hostin was the most vocal, admitting she had family there so she took the issue personally, blasting the administration for “allowing its own citizens to die.”

After her liberal co-hosts scoffed at Trump’s remarks, the supposedly fresh conservative voice at the table, Abby Huntsman, jumped on the bandwagon, gushing that Trump’s response was “indefensible and out of touch with reality.” She also compared it to Hurricane Katrina. Sunny Hostin took up that point, arguing the situation in Puerto Rico was even worse because more people died.

“It's humiliating. It's embarrassing for our country and I don't think this president cares. I don't think he cares. And when you talk about Katrina, the deaths in Puerto Rico eclipse Katrina by 1100 so we're talking about even more deaths,” Hostin gushed.

After discussing the report put out by a Democrat Senator Jeff Merkley showing 10 million federal dollars being moved from FEMA to ICE, Hostin again ranted at the perceived injustice: “You mean to tell me this administration takes away $10 million, FEMA dollars, to make sure they can put kids in cages? That's the focus of this administration?” she raved. The rest of the table agreed with her, as Whoopi urged people to take care of themselves and not count that the government would be there to assist. Hostin wasn’t done blaming the Trump Administration for “allowing” people to die, claiming they behaved like a dictatorship:

Can I just also mention that what people seem to fail to realize when we talk about these 3,000 deaths. Sanjay Gupta, my friend, was in Puerto Rico after hurricane struck and he said something like over 90% of the additional deaths that happened after the hurricane struck were preventable. So we're talking about the fact that this government allowed its own citizens to die. I thought that's what we only saw in dictatorships.

“That's a strong statement,” Huntsman lamely remarked, adding a little while later that the first responders on the scene deserved respect for risking their lives.

Behar wrapped up the segment by ranting that Trump was a “sociopath” “incapable of telling the truth” and encouraging people to go read Bob Woodward’s book Fear.