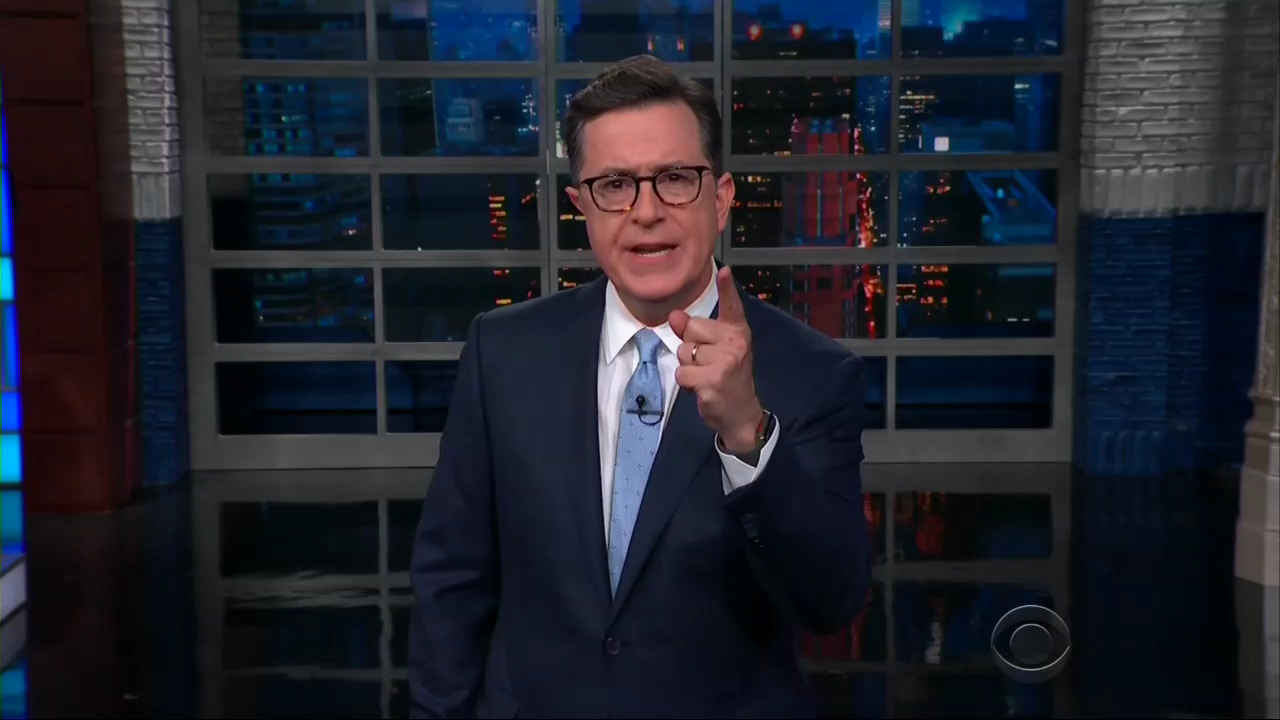 Comedian turned late-night host Stephen Colbert wasn’t joking Tuesday night when he actually proposed that we let children run the government. After blasting Senator Marco Rubio’s dismissal that gun bans weren’t effective, the CBS Late Show host praised the teen activists for giving him “hope” that change would happen, on his February 20 show. “Until we do something about guns, you can’t vote if you’re over 18,” Colbert gushed.

Colbert began by playing a clip of Rubio on the Senate floor, February 15, saying that gun bans don’t stop mass shootings. The liberal comic mocked the GOP lawmaker as being ineffective as a houseplant.

“Then why do we need you? It seems like a houseplant would do a better job and it would probably need less water,” Colbert touted, playing a clip of Rubio’s infamous water bottle moment. “No, we will never forget,” the liberal comic snarked, before contrasting the GOP lawmaker’s words against the teens’ gun control activism.

“There is one group that does give me hope that we can do something to protect the children and, sadly, it's the children,” he gushed as the audience cheered.

“Hell, yeah. Good for them,” the host joined in the applause.“These students saw their leaders doing nothing and said, ‘Hold my root beer,’” he joked.

CBS then played several soundbites of students bashing the NRA and GOP lawmakers for not “doing anything” about gun violence.

STUDENT: My message for the people in office is you're either with us or against us. We are losing our lives while the adults are playing around.

STUDENT: To every politician who is taking donations from the N.R.A., shame on you.

STUDENT: You haven't taken a single bill for mental healthcare or gun control and passed it, and that's pathetic. Are you kidding me? You think now is the time to focus on the past and not the future to prevent the death of thousands of other children? You sicken me.

STUDENT: We're children. You guys, like, are the adults.

After that last soundbite, Colbert agreed with the teen that we weren’t doing enough.

“He's right. The adults aren't cutting it anymore,” he stated, demanding that we let kids take over the government.

“I think we need to change the voting age. Until we do something about guns, you can't vote if you're over 18. And it's more-- I'd feel better. I'd feel better,” Colbert gushed.

He went on to praise the kids for “taking action.”

“These kids are inspiring. The only reason I walked out of class was to go behind the school and... study,” he joked, before bashing the cruel Republican lawmakers some more.

“[W]ith these students watching from the gallery, those legislators proved they heard their anguished cries and voted no anyway,” he lamented.

The Late Show host ended on a hopeful note, encouraging the students to keep protesting because change “can happen overnight:”

Well, I hope these kids don't give up, because this is their lives and their future. Someone else may be in power, but this country belongs to them. And there is reason for hope. Look at the #metoo movement. A lot of men in power did not see that coming. But it proved that change can happen overnight. And this is an election year. So if you want to see change, you have to go to the polls and tell the people who will not protect you that their time is up.