Van Jones: Trump Doesn’t Like CNN Because He Has an ‘Allergy to Facts’ 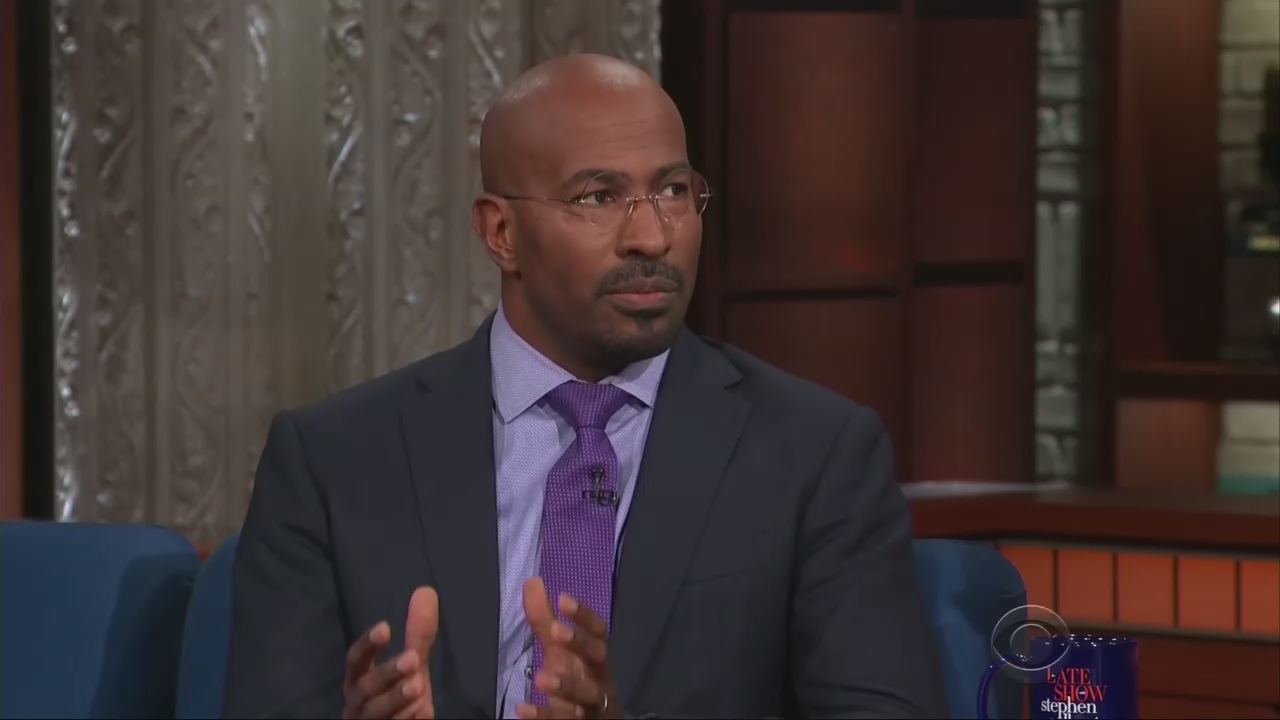 After introducing his guest, Colbert asked, “How is the fake news network doing? How fake is it? Do you guys get together and decide how you're going to fake the news every day?” Colbert snarked.

“I wish this news was fake, because you can't make this stuff up!” Van Jones responded.

Colbert explained how CNN was refusing to attend the White House Christmas party this year, to the audience’s delight.

Jones feared that the network’s reporters wouldn’t have survived, if they had attended.

“I think we wouldn't have made it back out alive. I think it would have been, like, the ‘red wedding’ you know in Game of Thrones?” he joked.

But Colbert was puzzled as to why any media outlet would want to go in the first place.

“Why is any news organization willing to go to that party if they've been called fake, they've been called the enemy of America by the president?” Colbert snarked before clarifying: “Anybody but Fox News, The Wall Street Journal, and the New York Post shouldn't go, right?”

Continuing his theme that the White House was out to murder reporters, Jones joked that he would be afraid to eat anything at the party.

“I'm sure they have good hors d'oeuvres but if I were a reporter, I wouldn't eat any of them!” he chuckled.

Colbert claimed that Trump believed the press had “no right” to ask him questions, so, he asked, what would the point be of attending the party? Jones responded:

That is my view and that is why CNN is not going. Honestly I think we're in a situation where we have a president of the United States who just doesn't believe in the First Amendment. He has like a peanut allergy to facts and I've never seen anything like it. Literally, if you just say things that are true, he gets mad.

“CNN should have a label before every show, 'Processed in a factory that also processes information,' just as a warning” Colbert cracked, as Jones laughed and gave the host a high five.

Later on, Colbert snarked that Jones was the “only Democrat in the room,” and asked him to explain how the Democrats “screwed up so badly” that “a guy like Trump would win.”

“How did you personally do it, Van Jones?” Colbert teased.

After pretending to be more of a moderate Democrat this year, it appears Jones is doubling down with his anti-Trump rhetoric, that erupted on election night last year, after he blamed Hillary losing on a “white-lash.”

In October, he claimed to George Stephanopoulos that Trump wanted to see Americans “die” just to get his way on health care: