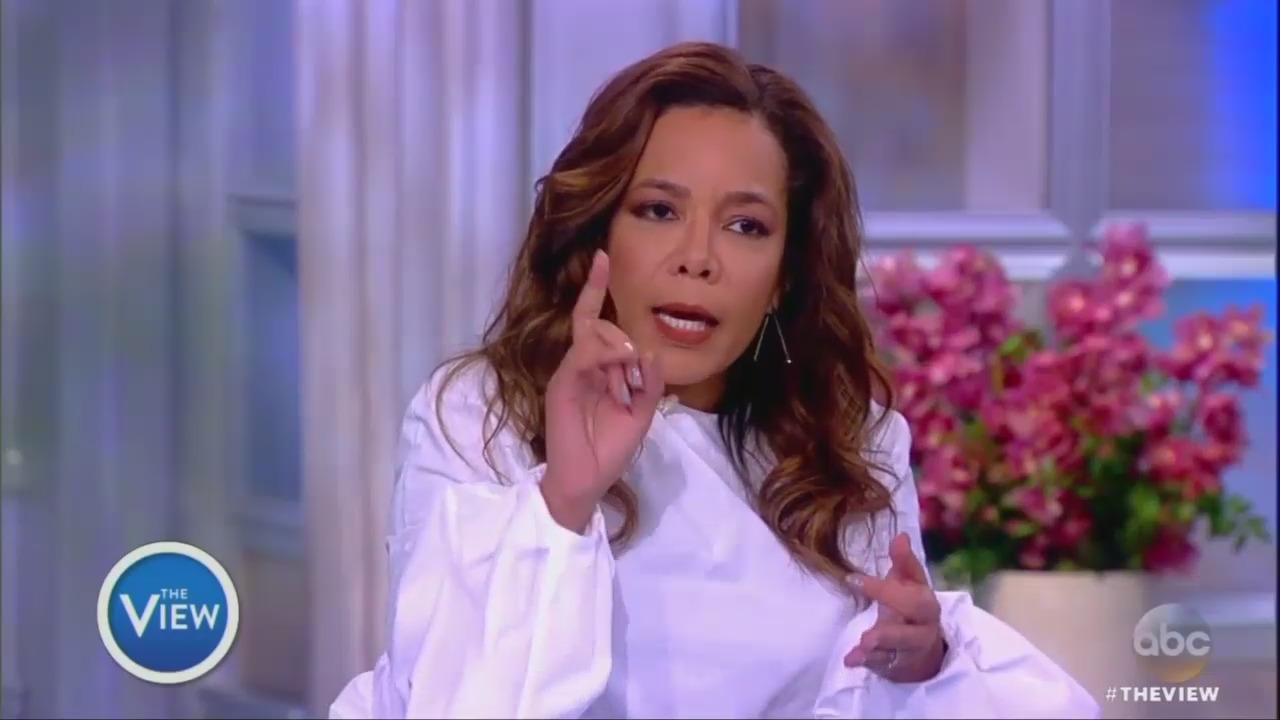 Sounding like MSNBC’s Joe Scarborough, The View’s Sunny Hostin argued Wednesday that she “believed in the 2nd Amendment” but wanted to see various types of guns “banned.” The show’s host echoed the other liberal hosts at the table in wondering “why” any American would need certain types of guns, modifiers and silencers. Hostin tried to have her cake and eat it too by saying she “didn’t want to take anyone’s guns away” but still, the government should “ban” several types of guns.

After discussing how the Las Vegas shooter was able to accumulate guns over time from multiple gun shops, and there was no record kept by the ATF of how many guns he had purchased, Whoopi suggested that might be something to fix:

“That's why you might need to change that law because people are using it to get around,” she said.

HOSTIN: It's just common sense. It's common sense gun control. Nobody is saying no one can have guns. No one is taking away guns. I'm a supporter of the Second Amendment. I’m not saying we should take away all guns. But can't we all agree people don't need automatic weapons. [ Cheers and applause ]

BEHAR: But they don’t agree with that!

“Or semi-automatic,” Hostin agreed. “They don’t need it,” she added.

“The other thing I think we can ban are those bump cartridges. Can’t we ban those?” she asked.

Whoopi pointed out that some Republicans were already looking into gun modifiers, such as the one the Las Vegas shooter used to make his rifle an automatic weapon.

"Republican senators Lindsey Graham and Dean Heller have suggested that Congress investigate these modifications. You're not supposed to -- They’re legal. But the only thing you use them for, is to change the weapon!" she said.

“Which is what this guy did,” Behar said. “It allowed him to pour down on these people all those thousands of bullets," she stated.

“Why can’t we just make those three things illegal: semi-automatic, automatic, and bump?” Hostin asked again, as the audience clapped.

“Because they want them! They don’t want to give them up!” Behar gushed.

If that wasn’t enough, a little while later, Hostin suggested silencers should also make the ban list:

“Don't we understand had their been silencers on these guns there would have been more deaths in Las Vegas!” she gushed.

The View’s discussion really isn’t any different than how the rest of the liberal media has been talking about this complicated issue. Instead of listening to actual gun experts, and researchers who have studied gun control measures efficacy, the women at The View spouted off nonsense that sounded nice, but isn’t based in facts or evidence. Simply banning guns does not solve the problem of violence and it’s most definitely unconstitutional.