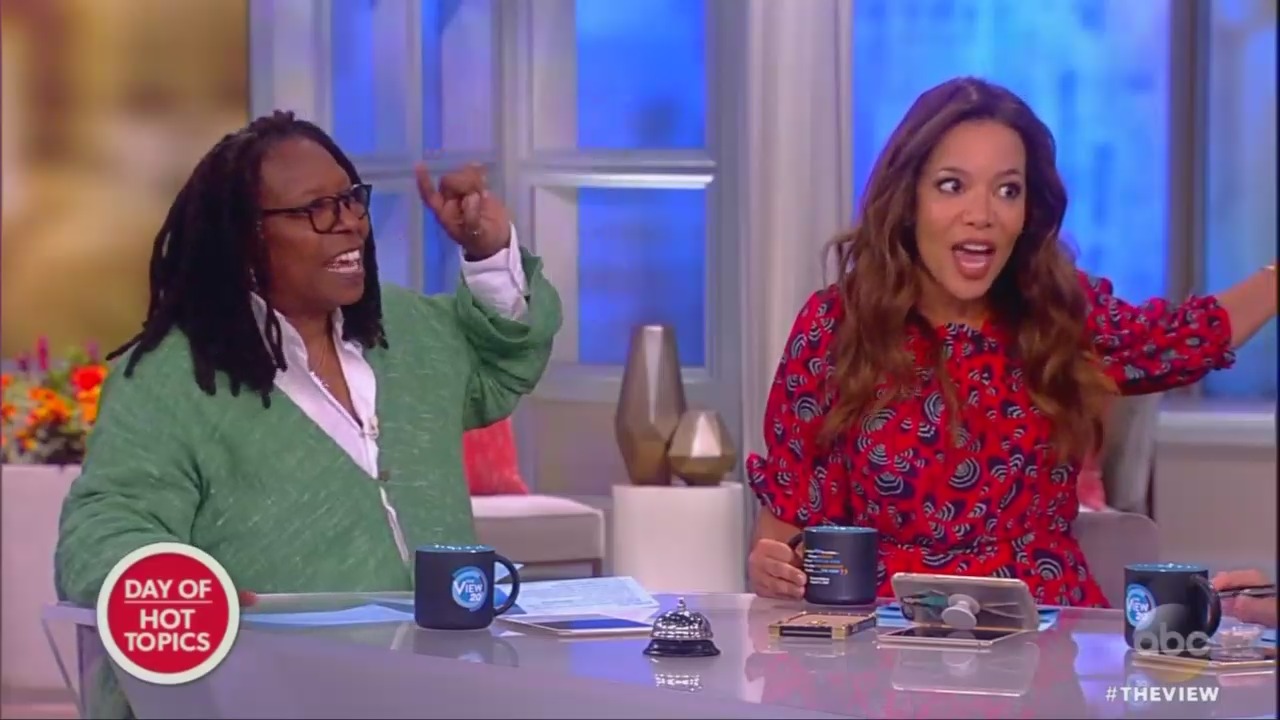 The View proved yet again Monday that the only “views” tolerated on their show are the ones that attack Republicans. After the panel gushed over a New York Times article listing all of Trump’s lies since taking office, libertarian host Jedediah Bila pointed out that you could make a similar list with President Obama or either of the Clintons. This simple statement threw the rest of the panel into a frenzy of outrage for daring to suggest that Democrats also lie.

After the panel oohed and ahhed over how many things Trump said that turned out to be false, Bila pushed back against the narrative that Trump is the only politician who has lied this much.

Hosts Whoopi and Hostin tried to shut Bila down, pointing to the New York Times list. “This is pathological,” Whoopi claimed.

WHOOPI: Every candidate we have ever had has stretched here or stretched there. We have never--this is pathological.

HOSTIN: Did you see how many Jed?!

WHOOPI: This is lying.

But Bila again pointed out that most politicians lie, and she could make up a similar list for Hillary Clinton or Obama.

BILA: I have heard so many lies-- I have yet to see a politician that I wouldn't call deceptive and a liar in that list.

BILA: I’ve got the Obama one right here. I started it.

BEHAR: That's one card. [ Talking over one another ]

BEHAR: Obama was there for eight years. This guy is there a few months.

BILA: There’s plenty more than that.

HAINES: I think all the politicians pivot.

She argued that it was the media’s fault that Obama or the Clintons' lies over the years didn’t get the kind of scrutiny that Trump’s have. Hearing this really angered Sunny Hostin, who had to be cooled down with a fan provided by Joy Behar.

BILA: I promise you that if most in media had a hunger to point out President Obama's lies or Hillary Clinton's lies or Bill Clinton's lies for which he was impeached by the way, you would have lists like that circulating.

BILA: I'm not saying he doesn't lie by the way. He is a liar.

WHOOPI: Jed, Jed, what I will say to you before we move on --

BEHAR: I have a fan. [starts fanning an irritated Hostin]

BEHAR: She's having the vapors.

Whoopi had enough at this point and accused Bila of being biased because she used to work at Fox News. “There has never been anything like this,” Whoopi added. “Not with Bush, either one of them, Clinton, Reagan, nothing.”

WHOOPI: If you can actually go outside of your former job and put a list together, I will look at it because I will tell you that the amount of bull that this man has put out in 156 days is nothing-- you will not ever find with any president, not with Bush, either one of them. Clinton, Reagan, nothing. Nothing like this.

WHOOPI: There has never been anything like this. This is a unique individual that's all I'm going to say about him.