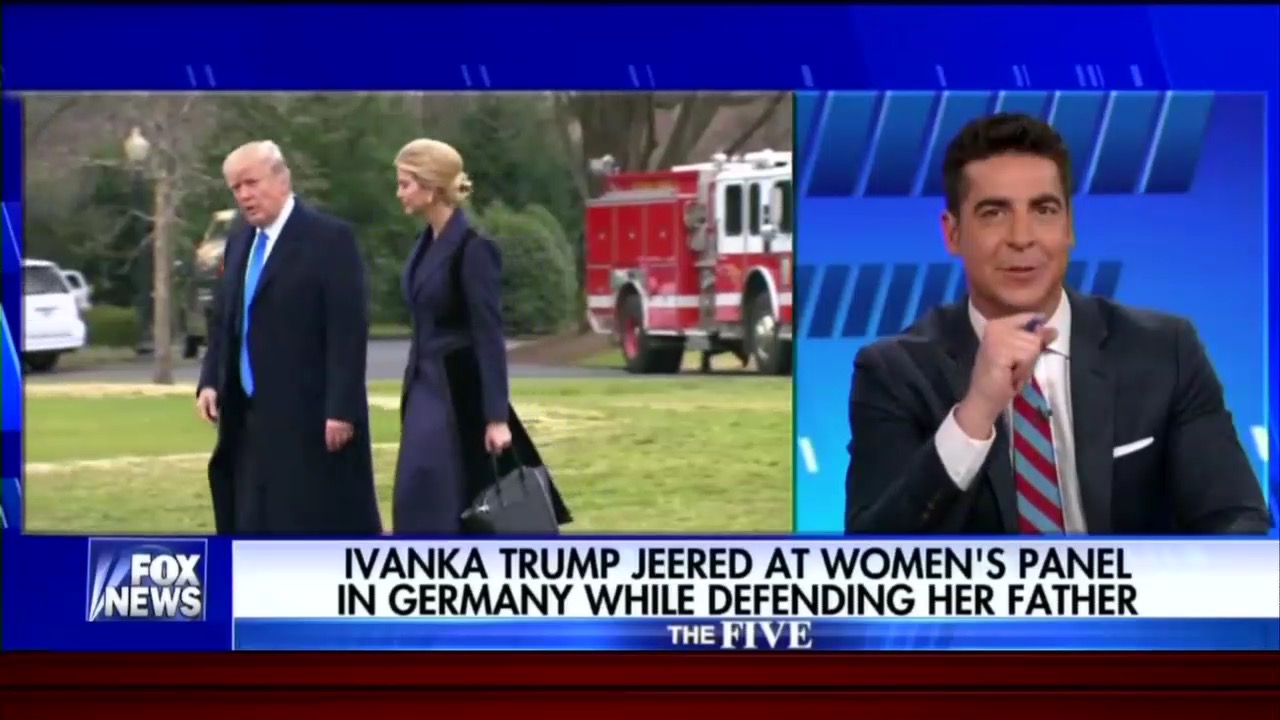 The same network that made a lewd sex joke about conservatives in 2009 is now outraged over a innocuous comment made about Ivanka Trump on Fox News Tuesday, that many on the left accused of being sexual. Wednesday night, CNN host Don Lemon hosted a whole panel on the “sexist” and “misogynistic” comment made by FNC’s Jesse Watters on the day before’s The Five, about Ivanka Trump’s voice. Here’s what he actually said:

WATTERS: I don’t know why also saying that you know, my father respects families is controversial I mean, he’s probably hired a ton of fathers and mothers and children, so I don’t really get what’s going on here but uh, I really liked how she was speaking into that microphone.

That offhanded comment has thrown the media in a tailspin of ridiculous accusations of oral sex innuendo, riding on the heels of O’Reilly’s departure from the network.

For example last night on CNN, host Don Lemon hosted a whole panel segment on the throw-away comment as if it were an actually newsworthy controversy.

Lemon began by referring to Watters as “Bill O’Reilly’s protege”  asking Democratic strategist Maria Cardona what she thought about the “coarse, sexist and inappropriate comment:”

Cardona slammed, “Absolutely, there’s no way you could read it any other way!”

She snarked, “Those sensitivity trainings at Fox are really working out for them, aren’t they? It was pigheaded, it was misogynistic and it reminds everybody of the kind of culture that, clearly, has been alive and well at Fox News so far. They need to do some cleanup.”

Watters explained shortly afterwards that the comment was about how Ivanka’s cadence reminded the panel of how smooth jazz radio hosts crooned, and was in no way a blow-job joke, as the media has spun it.

It’s no surprise that CNN would want to continue the Fox News sex scandal storyline as long as they can after O’Reilly and Ailes ousting. But to read something sexual in Watters’ comment is just plain grasping at straws.

At the same time, this is the same network that made an incredibly crude sex joke about conservatives in 2009. During an April 15 broadcast on CNN, host Anderson Cooper and CNN analyst David Gergen joked like a bunch of schoolboys about the Tea Party and a sexual act associated with the term. As former Newsbusters analyst Matt Balan wrote at the time:

MSNBC’s David Shuster also made several “tea-bagging” jokes on the network just the day before.

As even more proof that this is just more of the same faux-outrage from the left, here’s just a small sampling of actually misogynistic comments made on-air by liberal tv hosts about Ivanka Trump and conservative women that didn’t get nearly, if at all any, the amount of play this comment by Watters is getting:

MSNBC’s Martin Bashir wishes Palin would be defecated on and urinated on:

During a public appearance Maher calls Palin the “c” word:

Maher makes joke about sending conservative The View host Elisabeth Hasselbeck to Egypt to get raped: