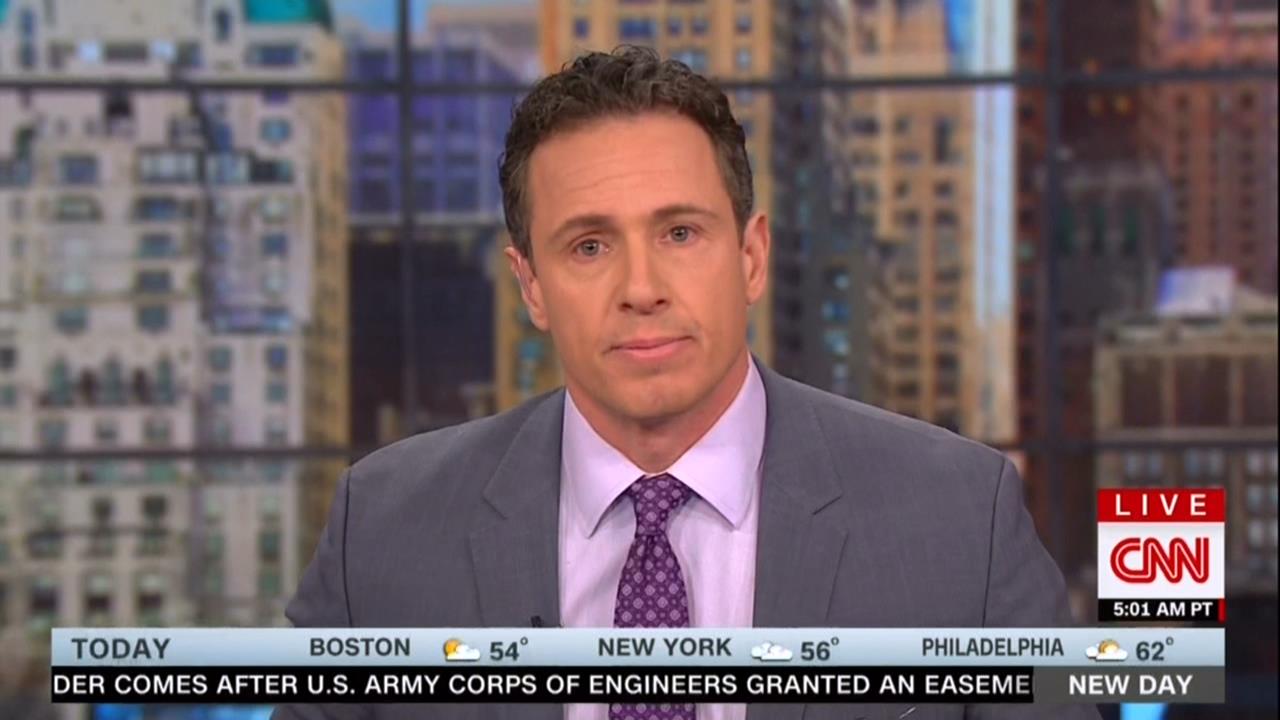 If your daughter is uncomfortable with seeing male genitals while undressing in the school locker room, that’s the fault of her ‘intolerant’ parents, said CNN anchor Chris Cuomo Thursday. After President Trump reversed an Obama order Wednesday, that forced schools to allow transgender students to use whatever bathroom and locker room they wished, the media went nuts, decrying the reversal as “cruel” discrimination. New Day anchor Chris Cuomo went on a Twitter tirade Thursday, arguing with conservatives over the bathroom order, even blaming parents for being “intolerant” because they want their daughters to change in female-only locker rooms at school.

Cuomo’s tweet storm started when a person asked, “What do you tell a 12 year old girl who doesn’t want to see a penis in the locker room?” Cuomo responded by “wondering” aloud if “she was the problem” or her “intolerant dad.”

i wonder if she is the problem or her overprotective and intolerant dad? teach tolerance. https://t.co/DbxAkrrH7n

Yes, Cuomo actually blamed parents for being so judgemental that they want their daughters to change in female only locker rooms.. On top of that, apparently pre-teen girls are more than fine with changing in front of students with a different set of equipment than they have.

Cuomo followed up by denying that he was blaming the daughter in this hypothetical scenario, but instead it was the parent’s fault for making such a “judgement”:

That's a lie and you are wasting time. I was clearly saying this isn't about the girls it is about parents judgments now prove the risk https://t.co/nGok4DvB37

And doubling down some more:

The context is clear to me. The parent is saying if his daughter is offended and I am saying that he is the issue not her. https://t.co/TvA4cdYGnF