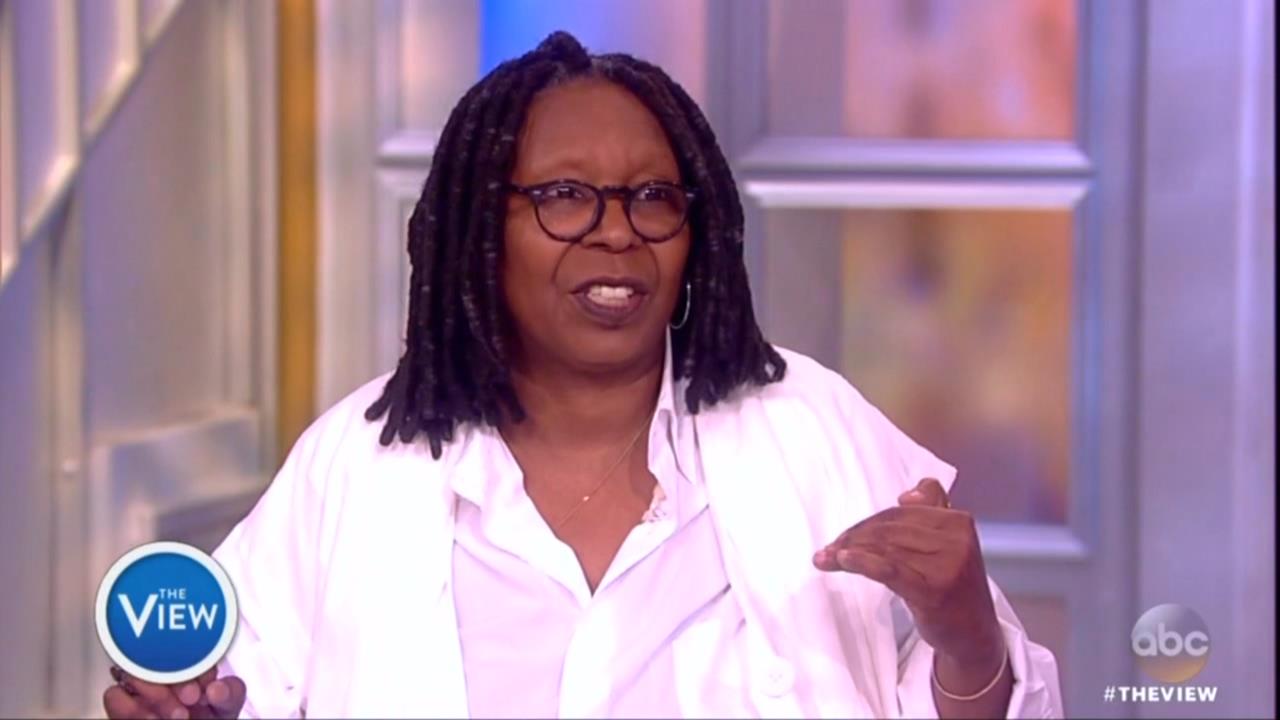 As Republicans work to repeal the Affordable Care Act, the left is fighting tooth and nail to keep it alive, from hyping scare stories of what could happen if it is repealed, to flat-out denying the devastating effects it has caused on so many families. On Thursday’s the View, the liberal hosts on the panel staunchly defended the universal health care law, arguing in circles with the only host critical of the law, Jedediah Bila. Whoopi Goldberg even tried to reason away the negative effects of the law as the insurance companies’ fault.

The discussion began with Sunny Hostin admitting she was confused as to why people viewed Obamacare as “a bad thing” since so many presidents before Obama had tried to enact universal health care (because progress for the sake of progress is a “good thing,” right?)

SUNNY HOSTIN: What was interesting to me, and has always been interesting to me, was the notion that Obamacare is a bad thing. I mean, we have to remember that for the past 100 years presidents have been trying to push forward universal healthcare it started with FDR and it just hasn't been able to work and President Obama was the first president in hundred years that was able to make it work. And you know -- [ cheers and applause ] And I don't understand why Republicans are saying repeal, repeal and it's just too expensive. Because if you look at it, 8 out of 10 Americans can get health insurance for $100 or less per month. Let’s talk about the real numbers Jed!

Bila shot back that repealing Obamacare was a primary reason why Trump won the election.

JEDEDIAH BILA: I’m going to be honest with you, if Obamacare was really popular among people Hillary Clinton would be president right now. That's one of the key reasons --

HOSTIN: No, no [shaking head]

Hostin continued to tout stats from an Obamacare website, claiming it was affordable because so many people had signed up for it, ignoring the obvious fact that it’s mandatory and quantity doesn’t equal quality.

HOSTIN: So why are you saying it’s so expensive?

BILA: Because for a lot of people their premiums have gone up. Mine went up. I speak to people everyday that say I can’t afford my health insurance anymore--

BEHAR: Wait a minute, lot of people that voted for Trump didn't know that Obamacare was the same thing as the Affordable Care Act.

BILA: You can’t paint all Trump voters as stupid though---

BEHAR: Well, no. You're telling me that Hillary would have won, they didn't even know what they were voting for.

Hostin and Behar continued to argue on the affordability of Obamacare. Sara Haines then brought up the quality of care issue but that was dismissed as Whoopi Goldberg began to rant that the insurance companies wanted to “punish” people for signing up for Obamacare because they got less money.

SARA HAINES: I don’t know the numbers but I have to agree, I have heard a lot of people that say their quality of what they were getting has gone down. I know my parents in Florida have struggled sometimes with their doctors were taken away from them and they're older.

WHOOPI: But never forget that the insurance companies decided that they didn't like how much money they were not going to get and they said to all these folks said, we're not dealing with Obamacare and helped to make it a real problem for people.

Whoopi has made similar comments before on the View, saying that premiums “didn’t need to go up” but they did because insurance companies were “pissed” about the ACA passing.

Joy Behar then brilliantly quipped, to thunderous applause, that “car insurance” was required so “why not” make health insurance mandatory? (Apparently Behar forgot that you only need car insurance if you actually have a car.)

Bila responded that was different because you’re a “liability” to someone else if you get in an accident. Sunny Hostin then claimed people without insurance were a liability to her, as a taxpayer, because her money goes to pay for their emergency room visits.