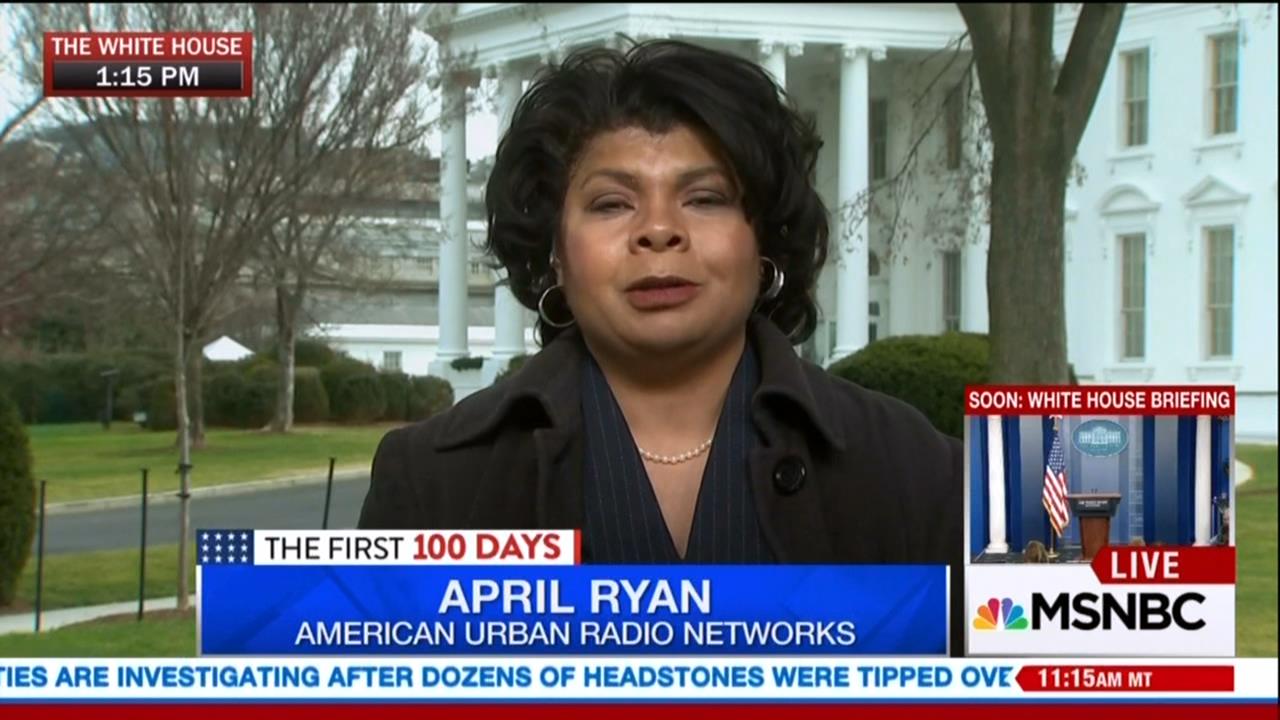 During Tuesday’s press conference, White House reporter for American Urban Radio Networks April Ryan asked Spicer a series of hostile questions about President Trump’s attitudes towards blacks. Most dubiously, Ryan claimed Trump once said white America "made this country,” a statement she could not back up after Spicer questioned the legitimacy of this “quote” from the president.

After the presser, Ryan was asked by one user where she could find this statement from Trump. Ryan responded, “Look it up and you will find it.” Since no one actually could find it, (because it doesn’t exist,) Ryan responded again today on Twitter with video “proof.”

She tweeted at CNN anchor Brian Stelter this video clip from a Trump rally in March of 2016:

In the clip, Trump says:

A question: So what does "we built this country" mean in front of a predominantly white crowd?

But that supposed evidence didn’t win over everyone. Once again, Ryan got pushback with users asking how Trump’s statement was talking about white Americans.

Bye social media today. The trolls are out of there caves and their Archie Bunker huts. Lol lol lol