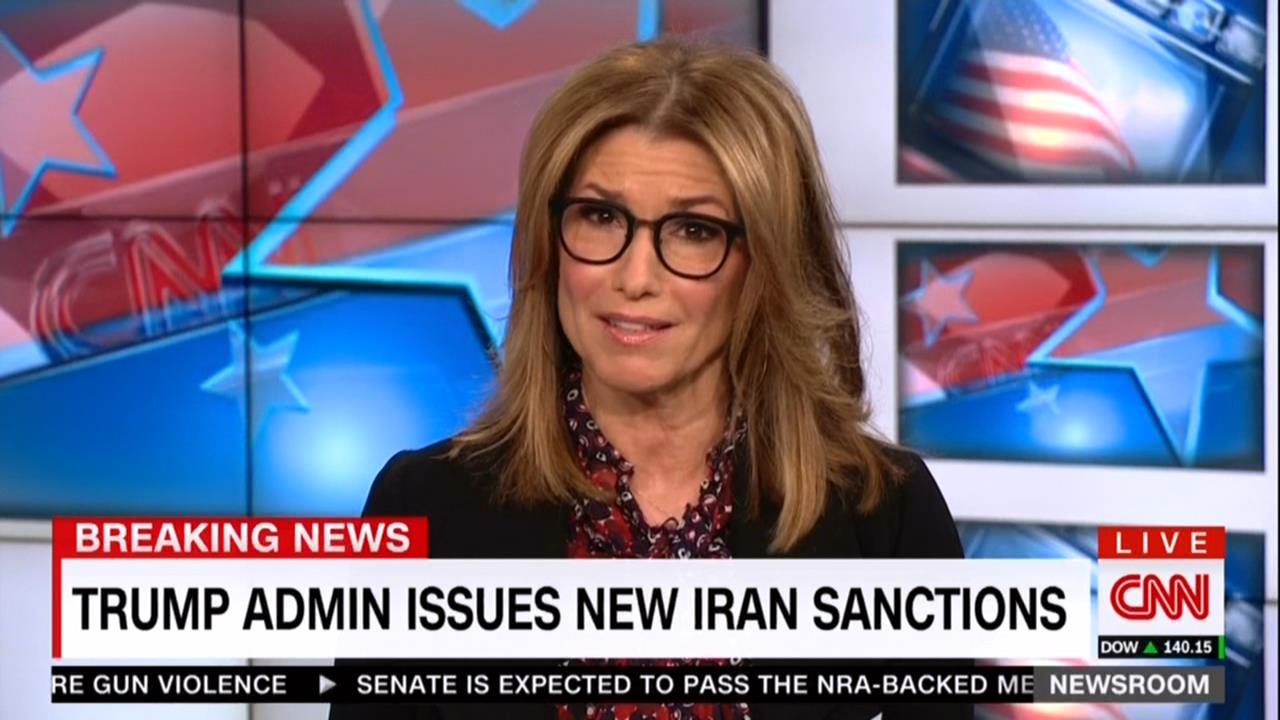 Today, February 3rd is CNN anchor Carol Costello’s last day on the news network, she announced earlier this week. Costello explained she would be moving to HLN, which is located on the West Coast, to be closer to family. To commemorate her long overdue farewell, here are 5 things we will remember her for, from gun control advocacy to Planned Parenthood praising:

In October of 2014, Costello famously took great pleasure in playing a leaked audio tape of a Palin family brawl as “the best minute and a half of audio we’ve ever come across” before pointing out that a particular string of curse words was “her favorite part.”

After getting called out for her behavior, Costello then refused to apologize for it.

COSTELLO: Marc, because I want to ask you about angry white men because I just think it would be kind of fun. [CNN Newsroom, March 9, 2016]

COSTELLO: Jeff Sessions, a Senator who’s made controversial statements in the far distant past, it prevented him from becoming a federal judge under Ronald Reagan, do you think that he will carry on with this concern, like Loretta Lynch, because there's no reason to think he won’t because I’m sure he’s not supportive of hate crimes...Because there is some controversial things about Jeff Sessions that should be brought up in his confirmation hearing...[CNN Newsroom, November 18, 2016]

2. As Being “On the Right Side of History”

Costello frequently touted being on “the right side of history” and bashed anyone on the right who had traditionally conservative views on marriage and homosexuality as being on “the wrong side.”

COSTELLO: A milestone for marriage equality this week as the U.S. Supreme Court hears oral arguments on Prop 8 and the Defense of Marriage Act…[to Alliance Defending Freedom’s Austin Nimock] Are you on the wrong side of history? [CNN Newsroom March 25, 2013]

Or when she mocked a traditional marriage advocate, touting she was a “card-carrying member of the gay Gestapo,” or when she criticized the Boy Scouts for not getting with the changing times on gay scouts:

COSTELLO: And like it or not, children are exposed to gay people. Ever watch 'Modern Family' or 'Ellen' or hear NFL players speak out for same-sex marriage? The world is changing. And the question now: will the Boy Scouts change with it? [CNN Newsroom Feb. 5, 2013]

COSTELLO: [T]his hearing was supposed to assure voters that Planned Parenthood was not profiting from selling fetal tissue, but that wasn't what this hearing was about. Why not just be honest about it? [CNN Newsroom, September 30, 2015 ]

COSTELLO: [S]ome say Carly Fiorina can't figure out how to define feminism for a GOP audience...she effectively stood up for women everywhere with that great comeback to Donald Trump. But then, she went to war with Planned Parenthood...I understand she's pro-life, but she used a falsehood out of that video to do it." [CNN Newsroom, Oct. 20, 2015]

And citing misleading stats from the group as “facts:”

COSTELLO: Planned Parenthood says only three percent of their services are dedicated to abortion. The group says 97 percent of its services are for things like...breast exams...cancer screenings and contraception – all of these things provided for many women who cannot afford care. [CNN Newsroom, September 29, 2015]

4. As a Staunch Gun Control Advocate:

Costello openly advocated for gun control, even admitting she was “angry” that there were no new gun laws:

COSTELLO: You know, we remember victims like this in each and every incident that happens where gun violence is to blame, and nothing is ever done, and nothing ever changes because people hide behind their old, tired arguments. And you know what, I'll just say it, Chris, it makes me angry. It just makes me angry. [CNN Newsroom, Aug. 27, 2015]

Costello also asked if Democrats were “weenies” for not passing an assault weapons ban:

COSTELLO: Michael Moore says introduce the bill. Let Republicans vote against it. So my question, are Democrats weenies for not bringing an assault weapons ban to the floor?" [CNN Newsroom, March 20, 2013]

Another time, Costello shook her head in dismay and lamented that Republicans were stopping anti-gun rights studies:

COSTELLO: Well, it's a sad world when you can't even do a study without fear of repercussion. That's ridiculous. All right, Michelle Kosinski, I know you can't comment. I'm sorry to lay that on you, but I just had to say it. [CNN Newsroom, July 24, 2015]

5. As a Critic of Christians:

When she claimed climate change-skeptical Christians “weren’t reading their Bible” or “listening to scientists.”

COSTELLO: Reverend Hescox, can't we say just say it like it is? Climate change deniers aren't listening to scientists – or they're not reading the Bible. They're denying global warming for purely political reasons, right?[CNN Newsroom May 21, 2014]

Or when she grilled the Southern Baptist Convention’s Frank Page for defending the Boy Scouts ban on gay scout leaders, asking him if he really, “loved his neighbor:”

COSTELLO: What about 'love thy neighbor'? Do you love gay people? Do you love your gay neighbor? [CNN Newsroom, February 6, 2013]

Or that time Costello worried Trump had a secret agenda to make everyone “aggressively Christian:”

COSTELLO: How can you say that his executive order, his temporary travel ban isn't specifically targeting Muslims and perhaps his underlying goal is to make this country aggressively Christian? [CNN Newsroom, Jan 30, 2017]