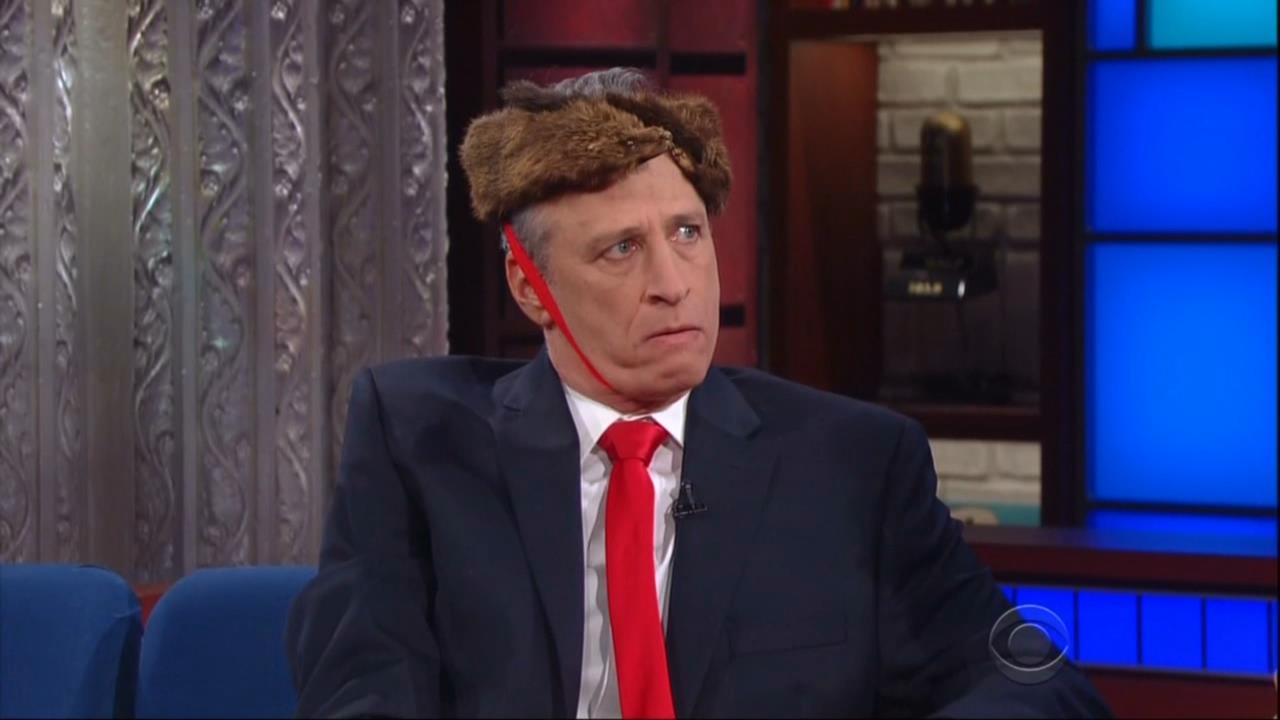 Tuesday night on CBS’s The Late Show, host Stephen Colbert reunited with his former Comedy Central rival Jon Stewart. Stewart, who made a career of delivering news stories from an ultra liberal perspective, took the opportunity to blast President Trump as a propagandist.

Pretending to be Trump while wearing a beaver on his head, Stewart claimed Trump’s new “official language” was “bullshit:”

COLBERT; And I assume that's English.

STEWART: No, the new official language of the United States is bullshit (bleeped out). I, Donald J. Trump, have instructed my staff to speak only in bull-(bleep). And, by the way, none of that, 'sure, I'll speak bull-(bleep) At work, but at home I'll use facts and real information.' no. Bull-(Bleep) all the time. Immersion-- it's the only way to be fluent. ( Cheers and applause )

It’s ironic for Stewart to be saying this about Trump when he delivered news filtered through the Obama Administration. Back in 2015, during Stewart’s last year as host of the Daily Show, Politico reported that Stewart had “secret meetings” with the White House to get talking points for his show.

Afterwards, Stewart tried to downplay the accusation, but there’s no denying the evidence. Free Beacon’s David Rutz even made a video compilation of some of the more outrageous pro-Obama defenses on the Daily Show. On top of that, as Rutz noted, both the White House and the Democratic Congressional Campaign Committee tweeted out fond farewells to Stewart when his show ended.

When you even have media critics calling you a “propagandist” for the Obama Administration, maybe you shouldn’t be the one lecturing others to not spin the truth.