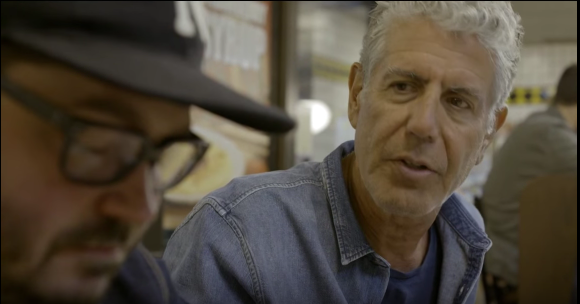 From one elitist liberal to another, reality television show host and chef Anthony Bourdain had a harsh critique this week for the “privileged left.” Bourdain, who has travelled the world for over a decade on screen, admitted that his time spent in “gun-country” over the years, taught him empathy and respect for conservatives, a characteristic he admitted was severely lacking among his liberal peers. Bourdain threw HBO’s Bill Maher into the mix, slamming the liberal television host as “insufferably smug.”

In the exclusive interview with Reason’s Alexander Bisley, Bourdain admitted that while he was “unhappy and surprised” with the election outcome, he felt empathetic for Trump voters, and “nauseated” by the left’s elitist lecturing of “red-state” Americans.

The self-admitted East-Coast "privileged liberal" blasted the “utter contempt” of his peers for mocking conservatives as “morons and rubes.”

BOURDAIN: The utter contempt with which privileged Eastern liberals such as myself discuss red-state, gun-country, working-class America as ridiculous and morons and rubes is largely responsible for the upswell of rage and contempt and desire to pull down the temple that we're seeing now.

I've spent a lot of time in gun-country, God-fearing America. There are a hell of a lot of nice people out there, who are doing what everyone else in this world is trying to do: the best they can to get by, and take care of themselves and the people they love. When we deny them their basic humanity and legitimacy of their views, however different they may be than ours, when we mock them at every turn, and treat them with contempt, we do no one any good. Nothing nauseates me more than preaching to the converted. The self-congratulatory tone of the privileged left—just repeating and repeating and repeating the outrages of the opposition.

Bourdain expressed hope that the discourse would change.

“This does not win hearts and minds,” he began. “We should be breaking bread with each other and finding common ground whenever possible. I fear that is not at all what we’ve done,” he lamented.

When asked about his opinion on Bill Maher, after appearing on his show a few years back, Bourdain didn’t hold back how much he disliked the HBO host:

BOURDAIN: [He’s] insufferably smug. Really the worst of the smug, self-congratulatory left. I have a low opinion of him. I did not have an enjoyable experience on his show. Not a show I plan to do again. He's a classic example of the smirking, contemptuous, privileged guy who lives in a bubble. And he is in no way looking to reach outside, or even look outside, of that bubble, in an empathetic way.

Bourdain, who has wined and dined with President Obama, is hardly immune from the liberal bubble in which he lives, which makes this critique of his peers just as surprising and refreshing.