ABC Asks If Opposition Over Hacking Will 'Delegitimize' Trump's Presidency

Looks like openly left-leaning outlets like Slate aren’t the only ones in the media questioning if Trump’s election was legitimate. Tuesday on Good Morning America, anchor George Stephanopoulos and analyst Matthew Dowd raised the same question during a discussion on Rex Tillerson, Russia and the DNC hacking. 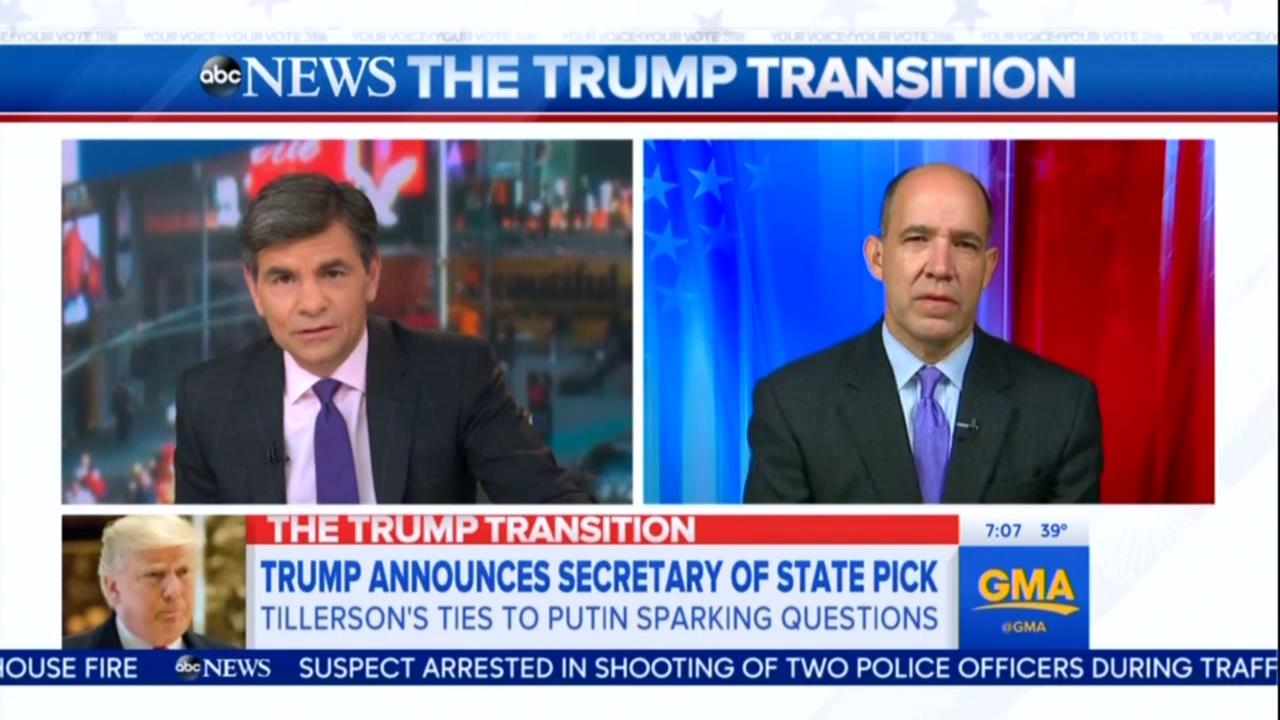 Stephanopoulos began by asking Dowd about the “real collision” between the President-elect and Congress over Trump’s Tillerson pick and his disbelief that Russian hacking of the DNC affected the election. Dowd predicted that the opposition to Trump in Congress would be his downfall, even predicting that Trump’s electors would “abandon him.”

As an ABC analyst, Dowd repeated some of the same arguments Democrats have been making since they lost the election. Namely, that somehow the popular vote is more important the electoral college, and that the election wasn’t legitimate for a never-ending number of reasons.

See the exchange below:

STEPHANOPOULOS: On those hacking charges, Matthew Dowd, the real collision coming between Donald Trump, the President-elect and Congress including Republicans in Congress.

DOWD: Well, looks like what Donald Trump has united opposition on this whole issue not only related to what Martha said to the cabinet pick, there’s going to be vehement opposition but on this issue it goes to, ‘Does it delegitimize Donald Trump's presidency at the beginning of it?’ He already lost the popular vote we know to Hillary Clinton and there’s been questions related to the election and now you have this situation which Donald Trump and his staff know is problematic for the integrity as he enters this office so it's going to be a big problem. Monday night when the electors meet around the country, there’s some question of, how many will abandon him in the course of this?