Tuesday on ABC’s The View, the panel opened by discussing Donald Trump’s recent tweets that threatened to jail or revoke citizenship to people who burned the American flag. While the whole panel agreed that this punishment would be a violation of the First Amendment, co-hosts Whoopi Goldberg went out of her way to defend the action of flag burning in the first place. When co-host Paula Faris stated that people who did this “hated” our country, Whoopi leaped in to make this brainless defense: “[T]hey don’t hate the country. Stop saying that!” she argued with Faris. 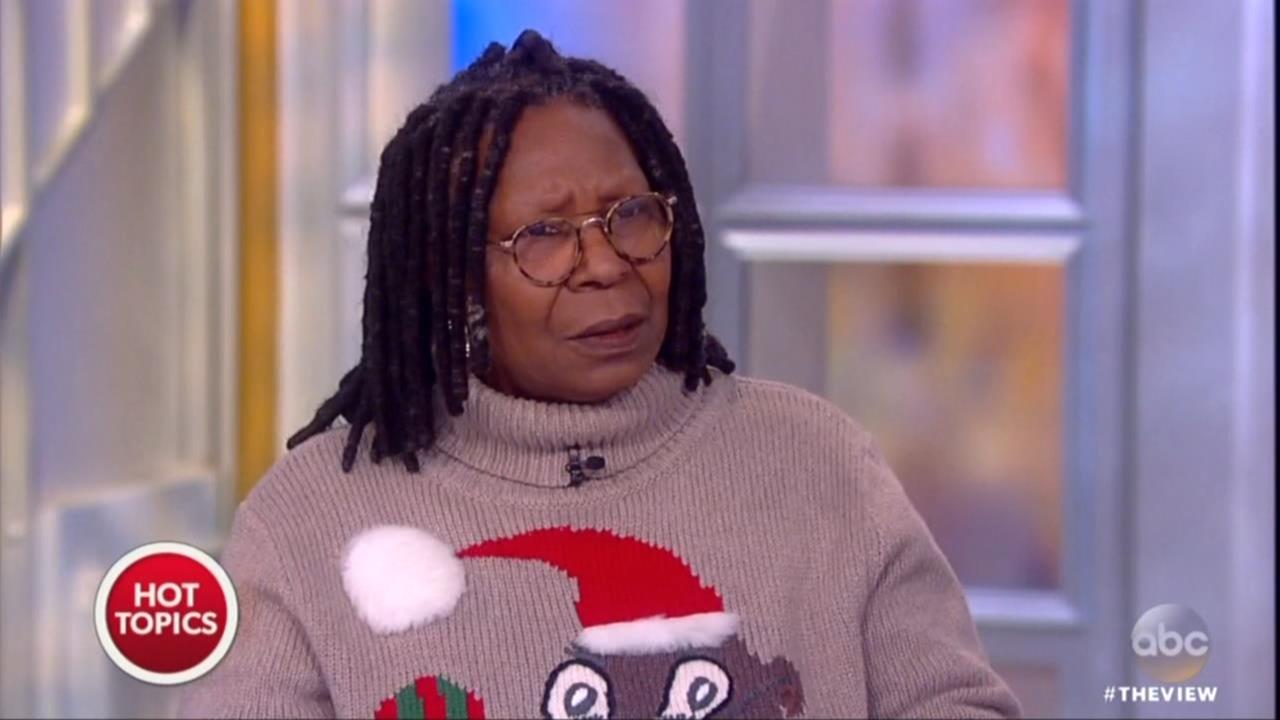 After agreeing that flag burning was allowed under the Constitution, Faris argued with Whoopi over what the flag actually represented. Faris argued that she found flag burning to be offensive because it was disrespectful to the military before Whoopi tried to make the flag about racism.

WHOOPI: The military is not the flag. The flag represents a lot of different things to different people.

WHOOPI: And so you have to keep that in mind because, in fact, that's what the first amendment is about.

Faris then made the point, if you hate the country and what it stands for, why not just leave? Whoopi then made the ludicrous claim that just because someone burns the American flag, it doesn’t mean they hate America.

FARIS: It is the law, I get that. I'm just saying that people have a right to be offended and I know when I-- personally when I see somebody burning the flag, it is your right, it's absolutely your right and it's protected, but if you hate our country and you hate what it represents so much --

WHOOPI: Again, they don't hate the country. Stop saying that.

FARIS: That's your interpretation. It’s like the one person at the dinner table who's just complaining about the food and I'm like if you don't like the food, that's fine, just leave.

WHOOPI: Why just leave? Why not just have something else that's on the table?

FARIS: I'm saying, my whole point is, if all you can do is sit at the table and grumble and complain about what is presented to you in front of the table, that is your right. If you don't like it, you don't have to eat it and you can go.

Again Whoopi stepped in to defend flag burning as somehow a patriotic thing to do, with Behar’s help.

WHOOPI: I understand-- I get being offended but I don't think you should say that people who do it hate the country because that's not true.

BEHAR: No, that’s not true.

WHOOPI: That's not correct. A lot of people burned our flag in other countries who hate our country, but most of the time when you've seen American flags being burned in this country, it's been young people saying you're not representing us. It happened in the '60s.