NBC’s Meyers to Chelsea Clinton: ‘Is It Still Hard’ to Listen to 'Brutal Attacks' on Your Family? 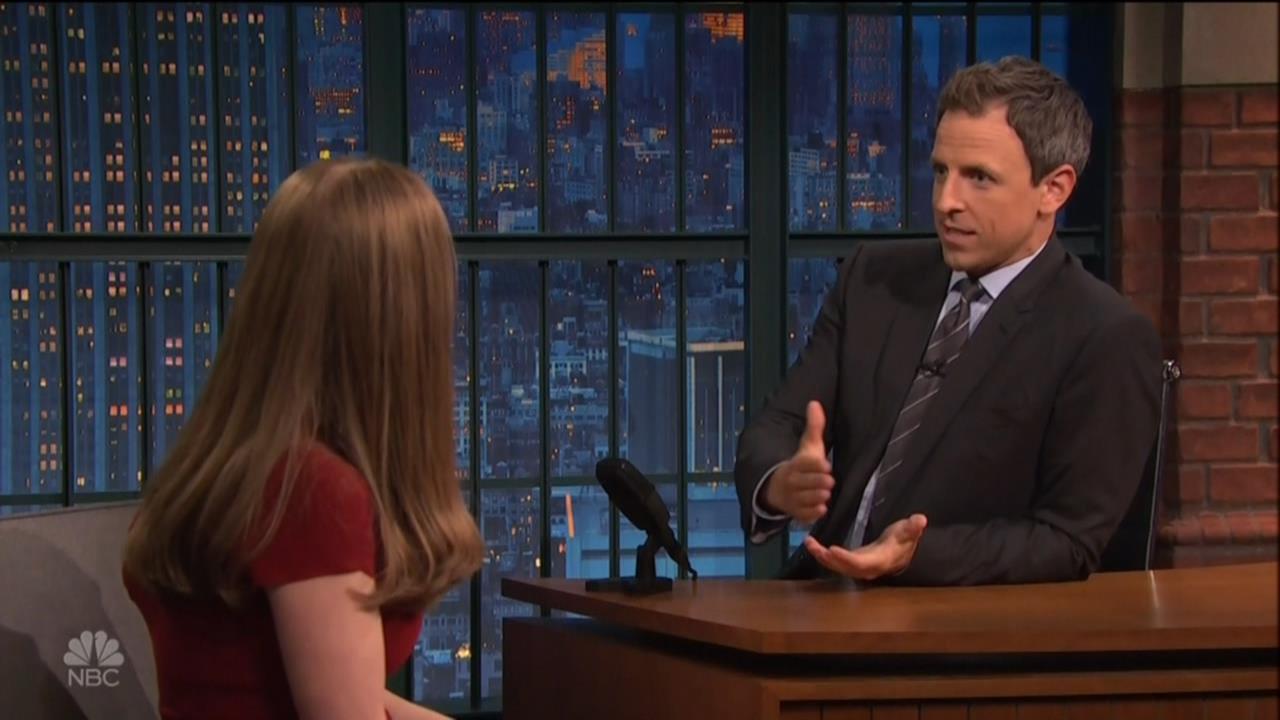 For the second night this week, NBC has played nice with Hillary Clinton’s daughter, while not giving the same treatment to Donald Trump’s children. It started on Saturday Night Live, when, during a Family Feud skit, Chelsea was noticeably missing from the Clinton family lineup, and thus avoided ridicule, while Trump’s children were shown as creepy “Children of the Corn.” On Thursday night’s Late Night with Seth Meyers, the former SNL comedian continued the soft gloves treatment of Clinton, asking her gushy questions about her children and what it would be like to live in the White House again.

The interview opened up warmly with Meyers immediately asking, “Was there a sense of” your family knowing someday that you’d “be back” in the White House after you left in 2000?

Chelsea denied that her parents had any idea they’d be back in the White House, but admitted, she was more interested in getting back to college at the time.

Later in the interview, Meyers again brought up her parents and politics, sympathetically asking how Chelsea coped with “brutal attacks from the other side” on her family:

MEYERS: Now I want to ask about this too, because this campaign that is currently happening, is starting to get, I feel like we're entering the phase of these campaigns to become a bit personal. Certainly this last week we've seen some of the more brutal attacks from the other side. You must feel like your family has been attacked for so long, are you, do you feel numb to it now or is it still hard to watch and listen to?

Chelsea responded, “Well I don't remember a time in my life when my family wasn't being attacked,” before moving on to calling out Donald Trump for his "attacks" against women, minorities, and the LGBT community.

Meyers continued the fawning treatment by gushing over Chelsea’s fashion sense, her role as a mother and her favorite childhood memory growing up in the White House. It’s hard to imagine Meyers asking these same sort of warm and fuzzy questions to Ivanka Trump.