Whoopi Wonders, 'Do We Start Profiling All the White People' 'Because of All the Domestic Terrorism?' 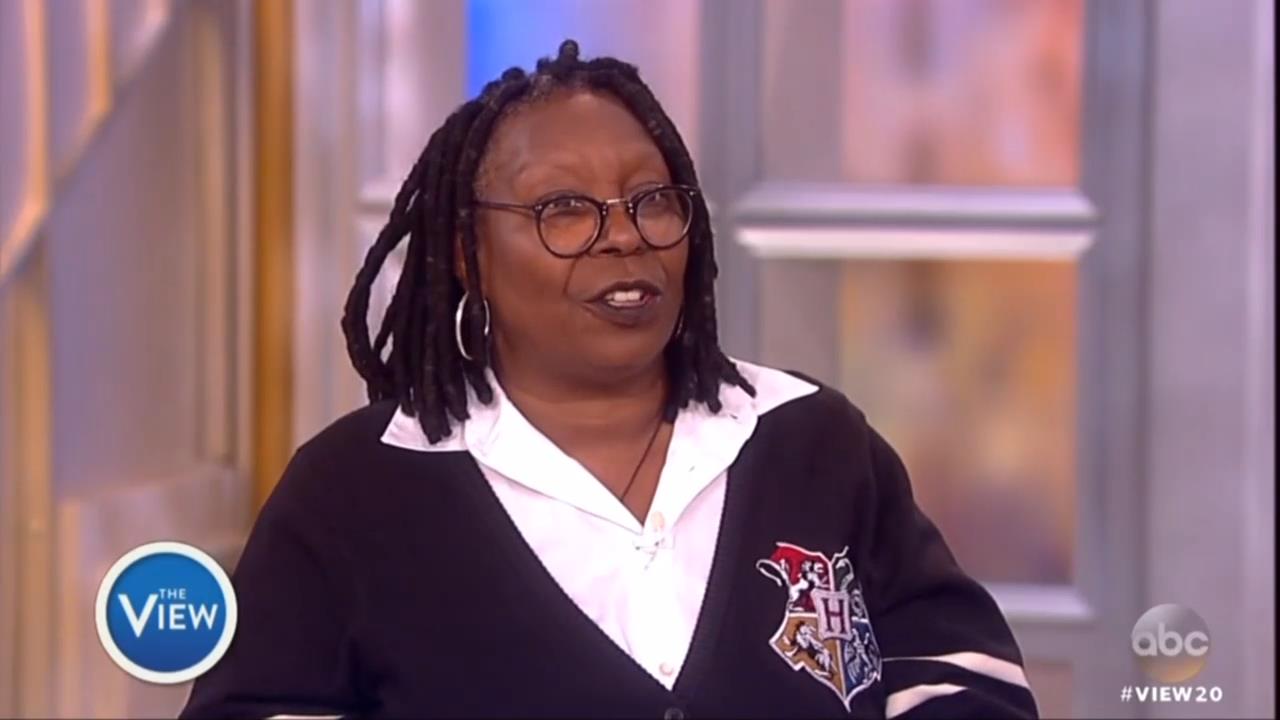 Tuesday’s The View began with host Whoopi Goldberg repeating the lie CNN appeared to start that Trump called for racial profiling. The panel then spent the first quarter of the show debating the validity of racial profiling. As usual, liberal co-hosts Whoopi and Joy Behar frequently took the topic at hand to absurdity, with Whoopi comparing it to civil rights in the ‘50s/’60s, claiming America would never again face another 9/11, and asking, if we should “start profiling all the white people” because of “all the domestic terrorism.”

Whoopi began the discussion by stating, “Donald says that this is the time to start racially profiling."

"Who, who are we going to racially profile? Good God,” she said in exasperation.

BILA: [W]e have this Syrian refugee crises. FBI has come out and said repeatedly we don't have a proper system, a proper mechanism in place to vet these people...We don't really know who they are. So what he's saying is if you come from a hotbed of terrorism, where this notion of Islamic extremism that has been killing people, is prevalent, then you have to vet these people because you just don't know.

Whoopi then interjected, bringing up Dylann Roof and asking, What about all the white terrorists?

WHOOPI: So let me ask you a dumb question. So that takes care of the Syrian fear. What about the other folks? Do we start profiling all the white people because of -- wait, wait -- all the domestic terrorism? Who are we talking about? This is the problem. You know, for me -- look, there are people who live here, who we're never going to find until they peek out and you can't protect against that.

Trying to be clever, Behar noted that Brussels and France have “a lot of terrorism” too, so what about immigrants from those countries?

BILA: No but I think if you have--that's not what he's talking about though.

BEHAR: But that’s the point. It's about a color.

Whoopi then compared Syrian refugee children to black children in integrated schools in the ‘60s.

WHOOPI: But that’s different than people just coming in. And also, when you start pointing fingers at people like Syrians and stuff, do you remember 19--You remember Ruby Bridges? Talked about Ruby Bridges going to school. A lot of little kids have come from Syria now have just started school, and walking through those lines of people screaming at the little kids, let's figure out who the terrorists are, do the work we're supposed to do and stop putting it on everybody, because every time somebody says it's them, somebody gets pissed off and does something stupid.

After Bila argued that if we didn’t do a better job vetting, “we’re at risk of another 9/11 or another tragedy,” Whoopi actually said:

WHOOPI: No, we're not going to have another 9/11 because people are paying attention.

She reiterated her earlier point that the real danger was not refugees and immigrants from countries where most terrorists originate, but domestic terrorists, like Dylan Roof.

WHOOPI: I understand. For me, is it not important for us to start -- look, I'm less worried about Syrian refugees than I am about domestic terrorism. I just am. [ Applause ]