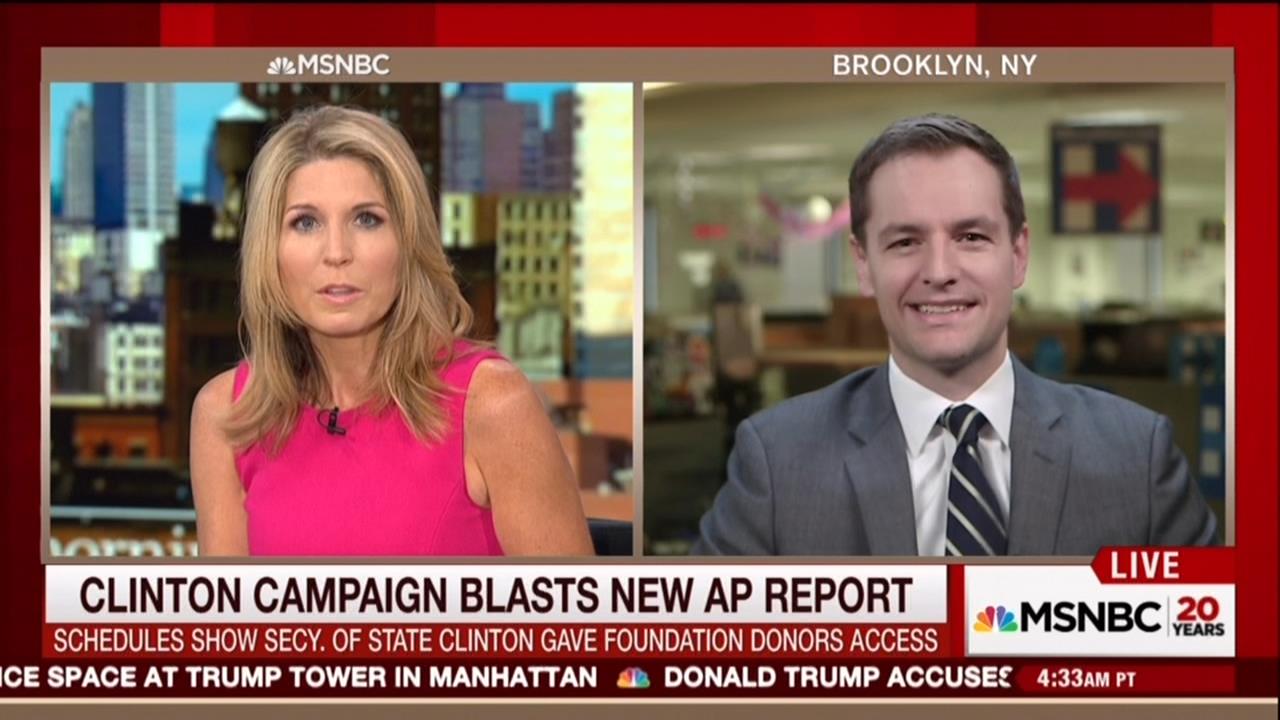 The Clinton camp has gone from outright denying actual facts (like trustworthiness with voters) to completely ignoring them. After more details have emerged this week on the scandals surrounding the Clinton Foundation and Hillary’s private e-mail server, the media is trying to walk the fine line of reporting the news and giving Clinton the chance to defend herself. Take for example Wednesday’s Morning Joe, where Nicolle Wallace practically begged Clinton’s campaign manager Robby Mook to have Clinton hold a press conference. Despite repeated badgering, Mook refused to answer “why” Hillary wouldn’t have a press conference.

In a discussion on the news showing Clinton gave special favors to people who donated to the Foundation, while she was Secretary of State, Wallace wondered why Clinton didn’t clear the air by holding a press conference. “[With] someone as flawed as Donald Trump, she has a double-digit deficit on the question of honesty and trustworthiness…” Wallace began. “Isn’t the antidote to this to sit her down today, in front of your traveling press corps... and let her take questions until there are no more questions to be answered?”

Mook dodged the question with, “Well, first of all, Hillary has done over 300 interviews,” before Wallace shot back:

I know the difference between a 3-minute ground ruled interview and a press conference because I have put on a couple of each.

She wouldn’t let Mook off the hook but made it clear it was because she was only thinking of Hillary’s best interest. “This is about perception,” Wallace insisted.

WALLACE: Why wouldn't you have her do a press conference today.You have a perception problem on the question of honesty and trustworthiness. Why wouldn’t you put her out there to your traveling press corps who knows all the intricacies of sort of the defense you laid out, which is legitimate. This is about the perception. Why wouldn't you put her out there to answer questions that she could certainly handle if your defense is true?

But Mook wouldn’t take the bait and continued to refuse answering her question.

MOOK: She is out there answering questions.

WALLACE: She’s going to do a press conference today?

MOOK: She's done over 300 interviews this year. She takes questions in a variety of formats and we're keep looking at that. I guess my pushback here is that nobody is asking Donald Trump about his foreign connection. About the people of direct influence over him.

WALLACE: But I'm asking you a question about why not do a press conference today as a strategy to help you eradicate the perception that there was anything shady that went down. Why not put her out today for a press conference with her traveling press corps? Would you consider that?

Perhaps Wallace’s question is best answered by another journalist, CBS’ Nancy Cordes who admitted that Clinton didn’t seem “interested in answering tough questions” from the press.