Costello: Hillary Dressed Like ‘A White Knight’, Something Women Will ‘Tell Their Daughters About’ 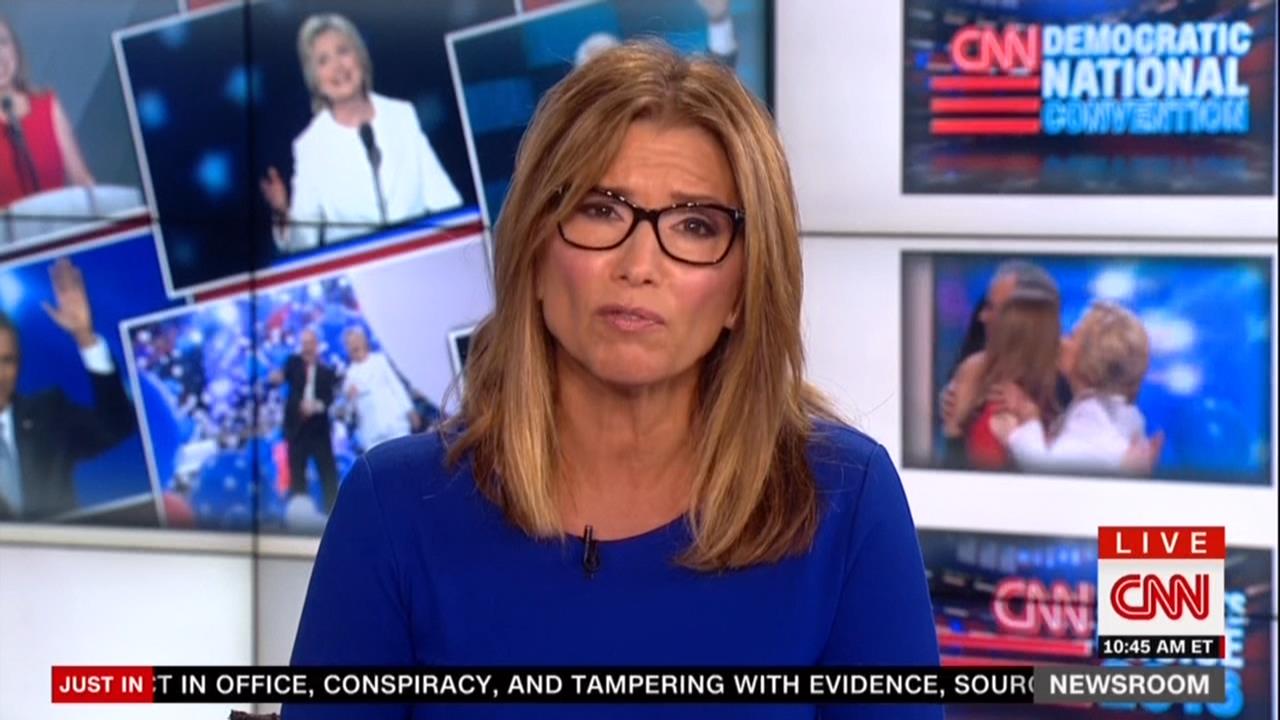 After the networks spent the morning going crazy over Clinton’s "emotional" and "historic" Thursday night speech at the DNC, the cable news shows proved they couldn’t get enough either on Friday morning. Carol Costello on CNN’s Newsroom, provided one of the more over-the-top examples from the media’s fan club, calling Clinton women's "white knight:"

History is made but Hillary Clinton cannot afford to bask in the moment. She's campaigning in Pennsylvania. For women who have long fought for a woman in the White House, the sight of Clinton walking out on to the stage dressed like a white knight will be something they'll tell their daughters about.

I couldn't help but notice what Hillary was wearing. Shonda Rhimes produced that video. She also produces and writes Scandal. There was Hillary Clinton dressed in all white, like a white knight.

Costello was not the only journalist to compare Hillary to a savior, or “white knight.” On Monday’s Good Morning America they brought on Clinton biographer Gail Sheehy to gush over the Clinton marriage, saying essentially, Hillary was Bill’s knight-in-shining-armor:

She is ready to fight. He’s the soft-hearted victim. She’s going to go out and fight his battles for him, she saves him time and time again.

Just the latest example in how the media have never stopped giving Hillary Clinton embarrassing adoration.