Whoopi: 'I Can't Get Mad That the System Is Rigged Against the White Guy'

On Tuesday’s The View, host Whoopi Goldberg openly admitted that she couldn't care less if the DNC rigged the system, because it was at the expense of “a white guy.” After revealing emails broke last Friday showing DNC officials had conspired to defeat Bernie Sanders, the ladies at the View became angry at Sanders supporters disrupting the Democratic Convention with their booing. Whoopi became enraged and ranted that they should be supporting Hillary Clinton because, “[The system] has been rigged against women for years!”

The panel dismissed the ethics involved in Democratic party officials trying to rig an election. Instead, Whoopi argued, “all these wonderful young people” should be behind “the first female that actually might become President.”

She added, “[T]o boo someone who has had just as difficult a time getting to where she's getting to, she wasn't born with a silver spoon!”

Joy Behar agreed, echoing a similar line Whoopi said just a few weeks ago on the show: “He has not been vilified for the past 25 years the way she has by the Republican party.” 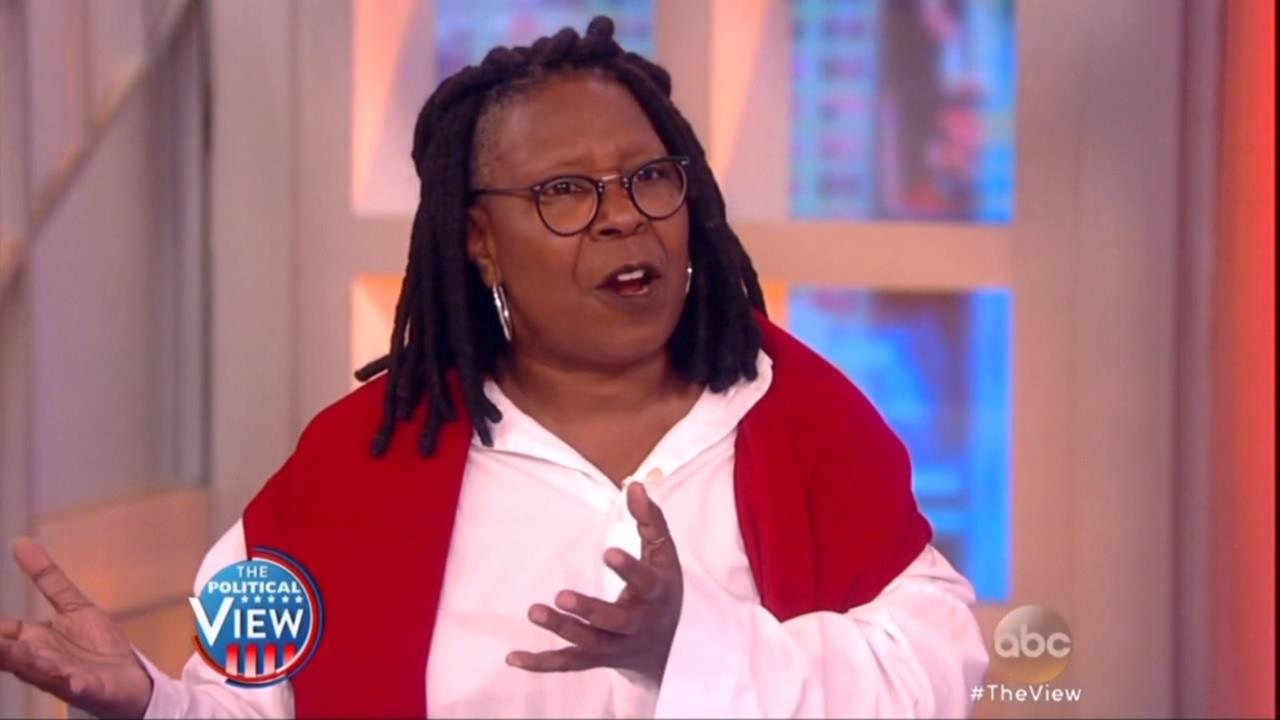 In that case, Whoopi bluntly said:

So I can’t look at those and get mad. I can’t get mad that the system is rigged against the white guy. I can’t.

WHOOPI: When Mitch McConnell said five minutes after Obama was elected we're going to make this a one-term, do everything we can to get another Republican in the White House, as soon as he said that, I thought you know what, as a party, [mouths “F”] to you.

Not only is Whoopi, like Behar, insinuating racism where there is none, she is grossly exaggerating the time frame of McConnell’s statement. Her “five minutes” was more like two years into Obama’s first term. But no matter. It’s not like we can expect the panelists at The View to be beholden to facts.