"Rather than giving appearance of rigging the process and cutting off debate, DNC should take themselves out of the process," the New York Times's Jeff Zeleny tweeted, quoting an unnamed O'Malley official.

Hat-tip and thanks for the screenshot to @DCToddM. 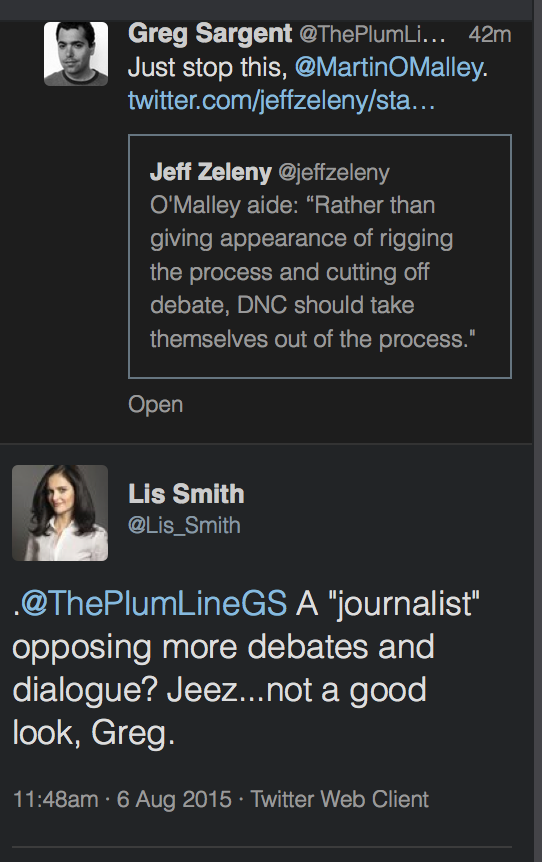 @KenShepherd @Lis_Smith see follow up tweet. I object to "coronation" language, not to a lot of debates.

Fair enough, but still, should a political journalist demand a candidate "stop" the complaint about a "coronation"? And, what's more, if Sargent really does want more debates, wouldn't it be wise for him NOT to be dismissive of the complaints of Ms. Clinton's primary rivals? After all, if journalists starting picking up and amplifying the complaints of Messrs. O'Malley and Sanders, it's arguable that the DNC might be successfully pressured to hosting more debates than they presently say they will sanction.