Edward Snowden's one-year grant of temporary asylum by the Russian Federation ran out today, and Vladimir Putin's administration came through for the American turncoat, granting him permission to stay in the country indefinitely.

Brian Williams of the NBC Nightly News reported the development about ten minutes into the July 31 edition of the evening newscast. You can read the relevant transcript below the page break.

BRIAN WILLIAMS, anchor: During the  time of our conversation with Edward Snowden in Moscow back in May, he indicated then he didn't have much choice of where to live other than Moscow.  He said he doesn't want to come home to the U.S. to face the music legally because he believes he won't receive a fair trial.

Well, today his temporary asylum was to have run out in Russia. He applied to stay quite some time ago. Tonight, Snowden's attorney tells NBC News the Russians have said in effect he can stay there permanently if he wishes to.

He told us in the interview he misses home. There's been some talk of a possible deal to return him to the U.S. with punishment. But for now he remains there in Russia. 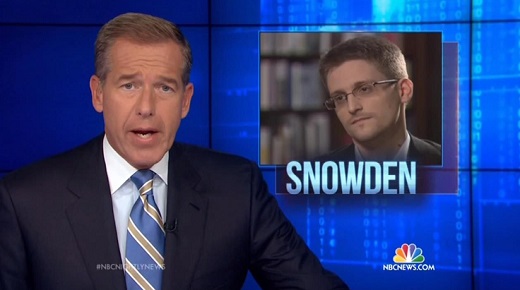