Of the Big Three evenings newscasts for Thursday, July 17, only ABC's World News failed to mention that President Obama was attending two fundraisers in New York City as previously planned despite the day's events: a downed Malaysia Airlines jetliner in Ukraine and Israel sending ground forces into the Gaza Strip.

CBS's Major Garrett mentioned in passing the president flying to New York for a fundraiser and a "political event," while NBC White House correspondent Chris Jansing noted her exchange with White House officials about the planned fundraiser and if the president would proceed with his attendance. The relevant transcript follows the page break (emphasis mine):


CHRIS JANSING, senior White House correspondent: Good evening, Brian. In fact, we just got word that the president late today did secure calls with both the national security team for the latest on the crash and with Secretary Kerry on the plane and the situation in Gaza. Both of those calls taking place on the ground in New York, where he has two fundraisers.

JANSING: One more thing. I asked if there was any consideration of not attending fundraisers tonight. A senior White House official said simply, "We are sticking with the schedule." Brian?

According to the official schedule on the White House website, President Obama arrived in New York at 4 p.m. Eastern, suggesting he did not establish contact with his secretary of state or national security advisors until about five hours after learning about it. Jansing herself noted that Mr. Obama learned of the plane's downing from Vladimir Putin during a phone call between the two prior to Obama's departure for a speaking engagement in Wilmington, Delaware:

Now, this morning the president was on the phone with Russian President Vladimir Putin when the first reports of the crash came out, and toward the end of that call, it was President Putin who brought it up.

The main reason for that call, which had been requested by Moscow, was to talk about the tougher new sanctions the U.S. imposed on Russia just yesterday, when President Obama specifically cited the movement of heavy weaponry across the Ukraine-Russian border.

None of the broadcast network evening newscasts reported on the president similarly carrying on with a pre-planned stop at a burger joint favored by Vice President Biden, where the president met with a struggling single mother who wrote him about her hardships. Reported DailyLocal.com (emphasis mine):

The president must be taking food tips from the vice president.

President Obama came to Delaware Thursday to inspect the tilting bridge that caused authorities to shut down I-495 and make a pitch for increased federal-private transportation funding, but first he stopped for lunch.

And he hit one of Vice President and Delaware native Joe Biden’s favorite haunts, the Charcoal Pit on Route 202 just north of Wilmington.

After Air Force One touched down at the Delaware Air National Guard Base near New Castle, his motorcade made a beeline for the iconic burger joint on Concord Pike.

While at the restaurant he was expected to meet with Tanei Benjamin, a single working mother who wrote the president in 2013.

Both supporters and protesters gathered along the route to meet the president.

The president’s motorcade pulled off of U.S. 202/Concord Pike into the lot of the Charcoal Pit at 12:50 p.m. It’s a favorite haunt of Vice Presdient Joe Biden when he’s home in Delaware.

Inside, the president shook hands and greeted patrons. He also picked up 7-month-old Jaidyn Oates, of Wilmington, who was with her parents eating lunch in a Charcoal Pit booth. Her father, Kenny Oates, snapped a picture.

“This is awesome! We are very proud of our president. He’s doing an awesome job,” said Jaidyn’s mom Lynn-Holly Oates.

She said she couldn’t believe her eyes when Obama walked through into the Pit.

“I thought I was on MSNBC Live,” she said.

Obama then sat down to eat with Benjamin. She wrote to Obama last year about her struggles as a single working mother of a daughter who is now 6 years old. After reading her story the president sent a note to his senior staff that said “this is the person we’re working for.”

Tanei, seated in a back corner booth, stood to hug the president with tears in her eyes. Obama ate a pit special, which is a cheeseburger and fries.

The presidential motorcade pulled out of the Charcoal Pit at 1:32 p.m., headed for the I-495 bridge construction site. 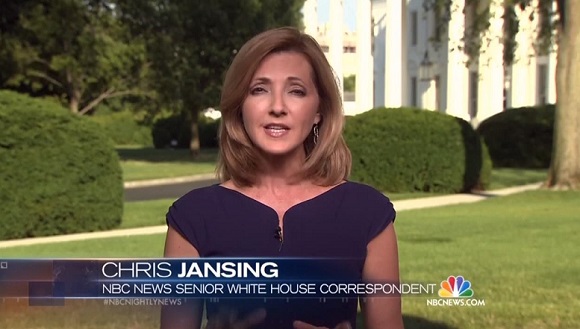